Skip to content
Chief Master Sgt. Roger Towberman was selected by Chief of Space Operations Gen. Jay Raymond to serve as the first senior enlisted advisor of U.S. Space Force during a ceremony at the Pentagon in Arlington, Va., Feb. 13, 2020.
Expand Photo 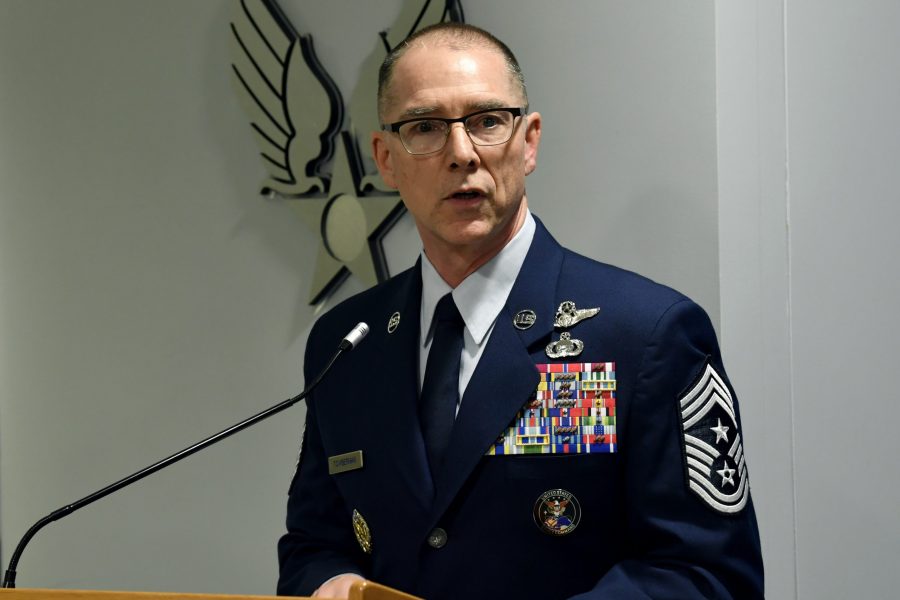 “Chief Towberman was my clear choice,” Raymond said in a Feb. 13 release. “He is a brilliant warrior who has leadership running through his veins. He is most passionate about taking care of the enlisted force and their families, and has a way of connecting with the force that is truly remarkable.”

In the coming weeks, Towberman will transition from serving as U.S. Space Command’s senior enlisted leader and Air Force Space Command’s command chief to advising Raymond and Air Force Secretary Barbara Barrett on all matters related to “the welfare, readiness, morale, proper utilization, and progress of Space Force members and their families,” the release states.

“There has never been a more important time for space as a nation and serving alongside the best teams and the best leadership in the world is an absolute honor,” Towberman said. “I look forward to the challenges, the excitement, and most importantly, to serving the space professionals that protect our nation and our way of life every day.”

Towberman previously served as senior enlisted advisor to the assistant secretary of the Air Force for manpower and reserve affairs, and as command chief master sergeant of 25th Air Force and the 480th Intelligence, Surveillance, and Reconnaissance Wing at Joint Base Langley-Eustis, Va., among other leadership roles, according to his Air Force biography. The former cryptologic language and intelligence analyst has also amassed over 4,500 flying hours as a career enlisted aviator.

Chief Master Sergeant of the Air Force Kaleth Wright called Towberman “one of the best leaders” he’s “ever known.”

“I’ve seen Toby achieve greatness with innovative leadership and unparalleled compassion for Airmen over the years, and I know he’s the right person to help lead our newest branch,” Wright said in the release.