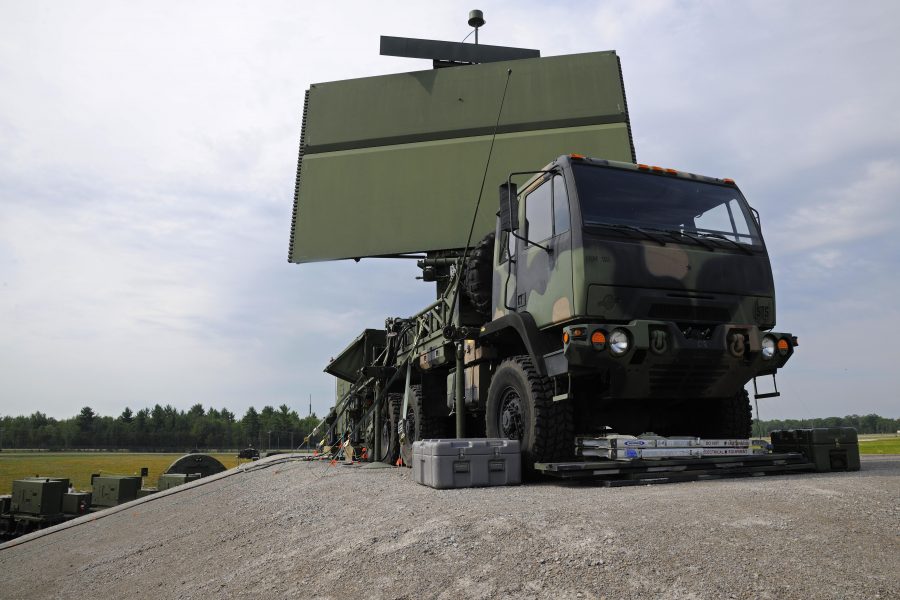 Lockheed Martin, Northrop Grumman, and Australia-based CEA Technologies are in the running to build a new ground-based radar as the Air Force overhauls its Three-Dimensional Expeditionary Long-Range Radar effort.

The Air Force announced May 11 that each company received $500,000 to demonstrate their ready-made radars by the end of September under an initiative known as “SpeedDealer.” The demos aim to fast-track the 3DELRR program, after the Air Force recently canceled its chronically challenged and delayed development contract with Raytheon. That company beat out Lockheed and Northrop in 2014 to replace the AN/TPS-75 radar, spurring award protests that caused the Air Force to restart the competition.

“3DELRR will be the principal Air Force ground-based sensor for long-range surveillance, detection, and tracking of aerial targets in support of theater commanders and will replace the AN/TPS-75,” the service said. “Following the demonstration, a system that successfully completes the event may be selected for integration, and potentially production, contracts by the end of this calendar year.”

Air Force Magazine previously reported the service wants a radar that is more powerful, easily transportable, and faster than “Tipsy 75,” which can track airborne objects more than 200 nautical miles in all directions and detect aircraft as high as 95,000 feet. 3DELRR should also be able to track ballistic missiles. AN/TPS-75 is one component of the Control and Reporting Center, a system that is getting a fresh look under the Advanced Battle Management System push.

USAF wants its new radar to be ready for initial use by late fiscal 2024. It is pushing for faster development and fielding by using other transaction agreements and foreign development authorities rather than a more traditional contracting approach.

“We are confident that our solution meets the Air Force’s needs and is the most affordable, low-risk, and validated system available,” Mike Meaney, vice president for land and maritime sensors at Northrop Grumman, said in a release. “Our SpeedDealer demonstration is planned this summer at a U.S. government test range. With successful completion of test demonstrations, a hot full-rate production line and opportunities for capability growth, we are confident that the Northrop Grumman solution is uniquely positioned to fulfill the Air Force 3DELRR mission need.”

CEA did not respond to a request for comment May 11.

The Air Force wants $19.4 million for 3DELRR in fiscal 2021 and said it will use the results of the demonstrations to decide future funding.