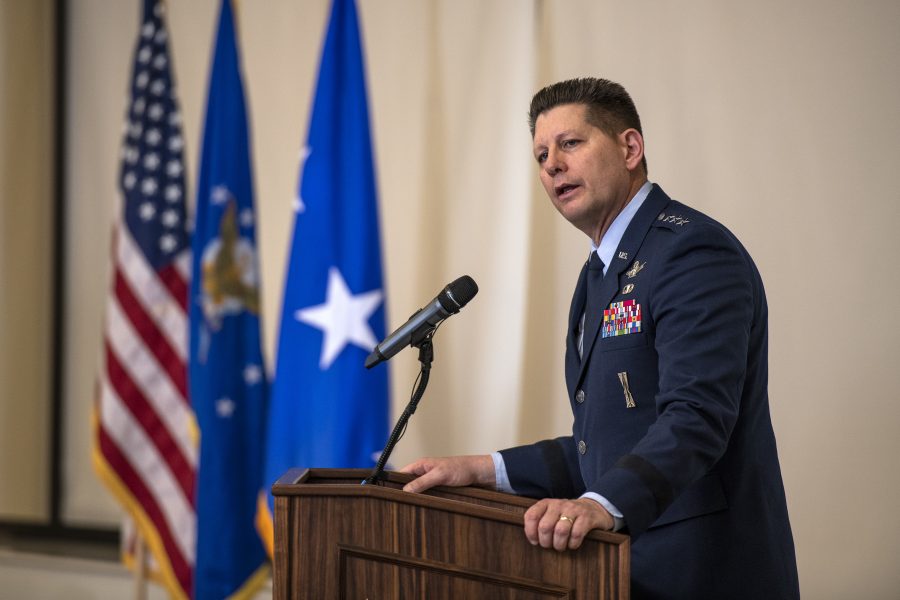 Lt. Gen. David D. Thompson is nominated to formally become the Vice Chief of Space Operations, the Space Force’s second-highest officer, and is up for a promotion to four-star general, the Pentagon said Aug. 7.

Thompson took the job of vice commander of Air Force Space Command in April 2018, after holding the position from 2015 to 2017. The job carried over when AFSPC became the Space Force in December 2019, so the new nomination would establish Thompson within the Space Force’s new leadership structure.

The longtime space operator previously directed space assets for Air Forces Central Command and held leadership positions in operations and planning at U.S. Strategic Command. He has been a public face of military space operations as the Space Force gets up and running and the Pentagon starts treating the domain as a possible place of conflict.

“He is responsible to the Chief of Space Operations for the U.S. Space Force in carrying out space missions and integrating space policy, guidance, coordination and synchronization of space-related activities and issue resolution for the Department of the Air Force,” according to Thompson’s official biography.

The Senate will likely confirm his promotion.