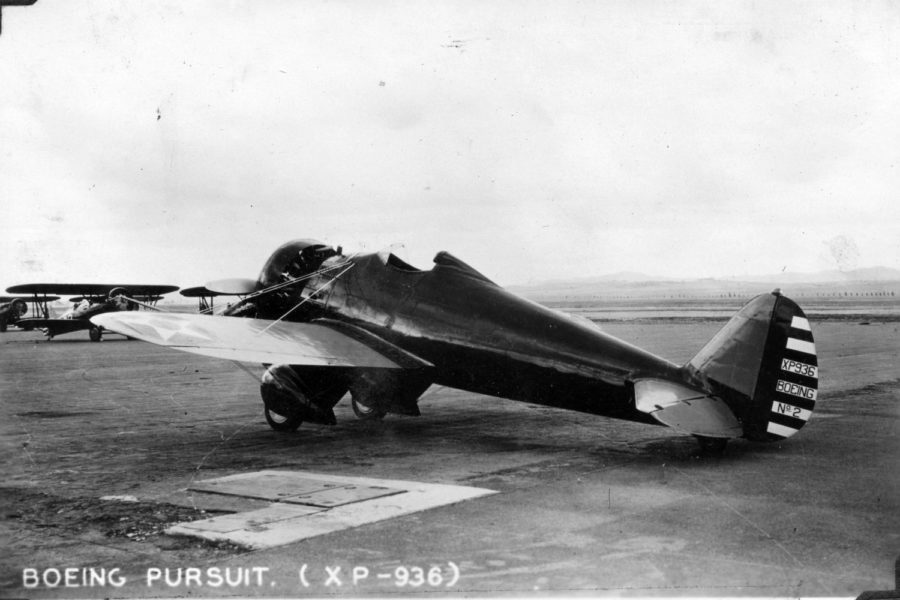 Company pilot Les Tower makes the first flight of the Boeing XP-936 (later redesignated XP-26) at Boeing Field in Seattle, Wash. The P-26, nicknamed “Peashooter,” is the first monoplane fighter produced for the Army Air Corps, the first all metal fighter, and the last AAC fighter with an open cockpit.