The Case of the Slipped Disc 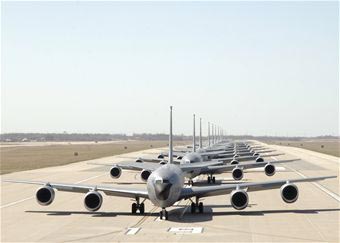 tanker program may be more compromised than Chief of Staff Gen. Norton Schwartz indicated last week, and Boeing may be considering a protest or other action. Schwartz said there were no pricing data in an internal spreadsheet of efficiency analyses inadvertently provided recently to Boeing and EADS North America on a compact disc. However, industry sources familiar with the slip-up tell the Daily Report that the two companies could deduce quite a bit about each other’s pricing from the data, and more importantly, how each fared against Air Force efficiency benchmarks. An Air Force forensic computer review has concluded that while Boeing returned the data sight unseen, EADS did, in fact, review the material. However, Air Force public affairs director Col. Les Kodlick said “it doesn’t matter” since the Air Force subsequently re-provided the spreadsheet to both companies in an effort to make the situation fair. Continue