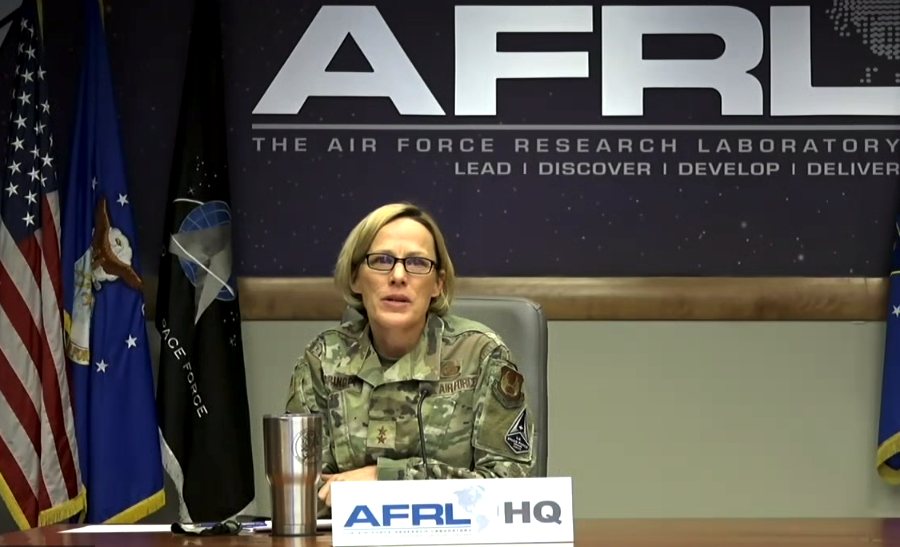 Proposals combining both basic and applied university research, with manufacturers looped in, could get technology to the Space Force faster. The theory is one that the Air Force Research Laboratory is testing in the pilot year of its Space University Research Initiative.

The lab’s leaders hope the SURI pilot program will also help it modernize how it manages space-related science.

AFRL awarded two teams grants worth $1 million a year for three to five years. A team led by the University of Buffalo will figure out ways to inspect and repair satellites and do some on-orbit manufacturing. Its counterpart led by Carnegie Mellon University will work on algorithms for tracking manmade space objects.

AFRL commander Maj. Gen. Heather L. Pringle stressed that AFRL is “one lab” serving “two services” in a press call in December announcing SURI. She pointed out that “many technologies are domain-agnostic.”

Research performed under SURI theoretically “can go directly to industry for transition,” said AFRL’s Andrew Williams. “We can take it into flight experimentation with our advanced technology funding line because we’ve already integrated the university researchers with the AFRL researchers to accelerate that transition.”

Williams’ role of deputy technology executive officer for space, science, and technology is also new. Pringle described the role as bringing together space research “from all the nooks and crannies across the research lab.” For SURI, he’ll take part in the research landed by the proposal “Breaking the ‘Launch Once, Use Once’ Paradigm.”

Entered by Carnegie Mellon’s Howard Choset, the proposal draws on the expertise of fellow team members from Texas A&M University, the University of New Mexico, and Northrop Grumman. Williams said the proposed research includes aspects of:

The topic of space domain awareness is front of mind for the Space Force, especially as it expands to cislunar space around the moon.

With USSF being “responsible for tracking all of the manmade objects in space and providing information to all satellite operators on potential collisions … this responsibility becomes more complex,” said Shery L. Welsh, director of the Air Force Office of Scientific Research, which is part of AFRL.

The team is “really pushing state-of-the art techniques for analyzing sensor data,” Welsh said. She said the team will: