Skip to content
AFWERX, the U.S. Air Force’s innovation arm and catalyst for fostering innovation within the Air Force, held its Base of the Future virtual event, July 28-30, 2020. AFWERX courtesy graphic.
Expand Photo 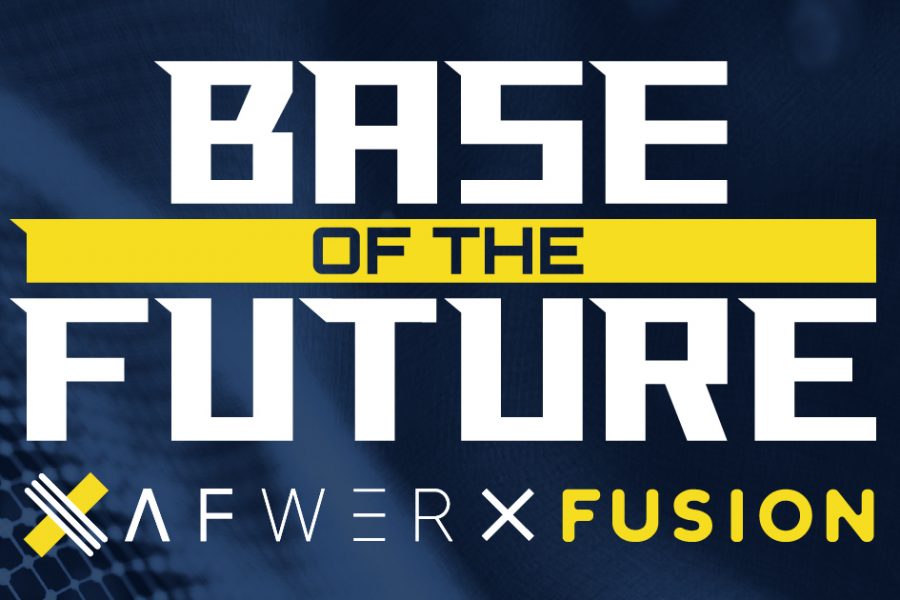 The innovation group AFWERX is hunting for new technologies that could revitalize Tyndall Air Force Base, Fla., nearly two years after it was crushed by the Category 5 Hurricane Michael.

AFWERX’s annual Fusion technology showcase, held online July 28-30, brought 370 exhibitors together to pitch their ideas in front of the military and network with others in the public and private sectors and academia.

On Aug. 7, Air Force judges chose 92 teams to get more time with the service and a greater shot at future development and production contracts for Tyndall as well as other bases. Those teams offered products ranging from facial-recognition technology for base access to a mentorship mobile app.

Vendors competed in six categories, and around 15 teams moved on in each area. They include:

AFWERX reaches out to small businesses, academics, and others that don’t typically do business with the Defense Department to find fast-paced, cutting-edge technology.

The finalists can again prove themselves to the Air Force at an Aug. 31 pitch event. Some will talk about how they would address particular health and well-being situations provided by the service, while companies in the other areas have the chance to speak more in-depth about their offerings, according to Mark Rowland, an AFWERX official who holds the title of “innovation actualizer.”

He added that vendors could receive some money to prototype their designs for early testing with Tyndall.

Though any base can benefit from the ideas shared at the Fusion showcase, the “Base of the Future”-themed event is geared toward making Tyndall better than it was before the hurricane.

Renovating the installation could cost nearly $5 billion over five to seven years, according to the Air Force. Officials have a vision of a forward-looking, 12-part campus that is more digital, multipurpose, and sustainable than the original base.

For example, Brig. Gen. Patrice A. Melancon, executive director of the office overseeing Tyndall’s revitalization, said the base is designing pedestrian traffic areas to be wide enough to accommodate autonomous vehicles when those become the norm. The base could also turn its airplane maintenance and logistics enterprise into something akin to an Amazon warehouse with tablets and supply drones.

“There are many [pitches] that align perfectly with our vision of a resilient, secure, and digitally integrated Air Force base,” Melancon said in an email. “The Tyndall [Program Management Office] is already exploring ways that we can leverage smart technology to assist in defense, like gunshot detection systems, and integrating building sensors, artificial intelligence, and machine learning to give us the ability to be much more proactive with our infrastructure maintenance.”

Tyndall is slated to become home to the F-35 Joint Strike Fighter, and potentially the MQ-9 Reaper drone, instead of the F-22s that were stationed there before the storm. Melancon said the coronavirus pandemic has not delayed Tyndall’s goal to begin hosting the F-35 in September 2023.

But it could push back the overall timeline for rebuilding the base, as the pandemic’s effects on businesses has slowed delivery times for mechanical, electrical, and power system parts. The Air Force was already worried about getting materials quickly and affordably as the storm-battered community surrounding Tyndall shops for the same products.

“We don’t know yet if that trend might continue and impact the overall program,” Melancon said. “COVID has been an adjustment, and we’ve certainly had to remain flexible.”

Rowland noted that while Melancon’s team is interested in several companies, the 325th Fighter Wing that runs the base must also get on board. After all, it’s the wing that will have to use those tools after the rebuild ends and the management office closes.

They all have the same goals but look at it from different perspectives, which can cause tension, Rowland said of the different Tyndall stakeholders.

“Part of my responsibility, really, is to help the rest of the team understand why it’s imperative to move away from what we’ve always done, and really, really harness what’s happening in the industry,” Melancon said July 30 during the AFWERX event.

Though COVID-19 derailed the in-person Fusion event, moving online let AFWERX open the showcase to a broader range of companies than would have shown up in Las Vegas. Facilitating nearly 400 pitches proved more complicated than expected, with less interaction than some companies may have gotten on a typical show floor, but Rowland said AFWERX will keep some virtual aspects to stay flexible once large, in-person gatherings can resume.

As AFWERX becomes a more recognized and trusted name within the Air Force, the organization wants to expand its already myriad initiatives.

It plans to host a space-focused showcase online in September to find new advances in intelligence, surveillance, and reconnaissance; commercial partnerships; resiliency; and transportation. Those ideas could transfer to the Space Force for further development.

“Events like this are exceptionally important because, when we need to take on a new area of research and a new set of challenges, we need to be able to expose that to innovators of all types,” Will Roper, acquisition boss for the Air Force and Space Force, said of the Fusion event.