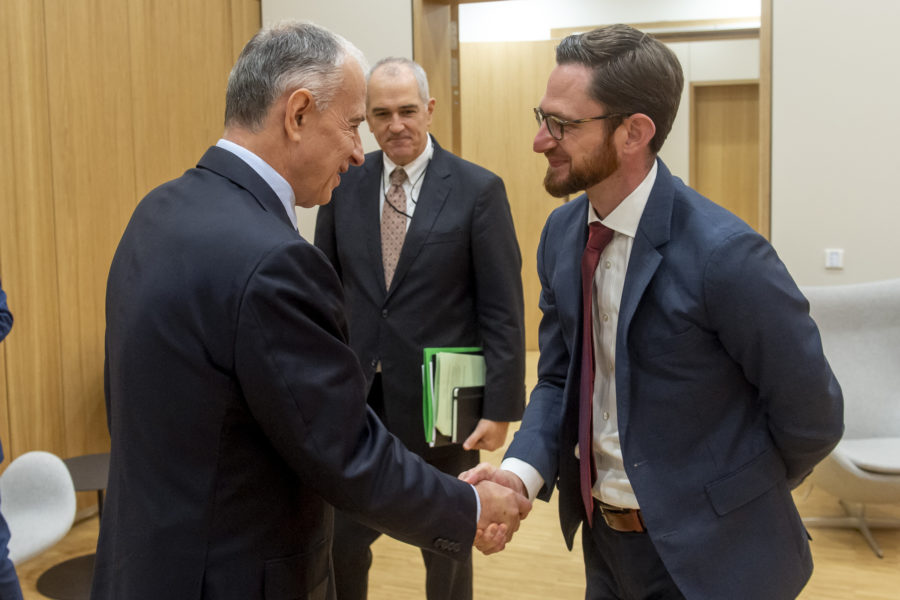 The U.S. and NATO are concerned about the reemergence of al-Qaeda in Afghanistan and the need to rely on the Taliban to fight ISIS-Khorasan as talks with the Taliban restart and regional basing agreements are slow to come.

Special Representative for Afghanistan Ambassador Thomas West told journalists Nov. 8 the regional alliance that committed two decades to fighting terrorism and keeping the Taliban at bay has made “no final decisions” regarding how it will continue to fight terrorists in the country. Instead, the senior U.S. diplomat said by phone from Brussels that allies are trusting the Taliban’s own will to fight ISIS-K.

“We want the Taliban to succeed against ISIS-K,” West said. “I think they have a very vigorous effort underway against that group.”

ISIS-K is known to be responsible for the Aug. 26 terrorist attack at the Kabul airport that killed 13 American service members.

“Al-Qaeda continues to have a presence in Afghanistan that we are very concerned about,” West said. “And that is an issue of ongoing concern for us in our dialog with the Taliban.”

West was part of an initial rapprochement with senior Taliban officials and U.S. intra-agency representatives in Doha Oct. 9-10. The meeting was followed by a U.S.-European meeting Oct. 12 with numerous NATO partners about the way forward after the recent withdrawal of U.S. and allied partners from the countries.

“Allies are going to continue to play a heavy role in Afghanistan: Germany, the United Kingdom, France,” he said.

West said outside of the NATO framework, European Union member countries have “heavy interest in Afghanistan as well.”

“We will all engage forthrightly and in a clear-eyed manner with the Taliban and with shared interests and objectives,” he added.

West said it was imperative the U.S. work with other regional partners, including China, Russia, Iran, and the Central Asian states to assure a stable and peaceful Afghanistan, but he did not provide details.

Thus far the United States has made no announcements about over-the-horizon basing agreements with the Central Asian countries that border Afghanistan to the north. Diplomacy continues with countries such as Uzbekistan.

Overflight agreements with Pakistan are known to be in place, but that country’s at-times testy relationship with the U.S. restricts a more robust partnership. West said he would be traveling to Pakistan in the near future.

For now, the U.S. will not reopen the doors to its embassy in Kabul, relying instead on another upcoming dialog in Doha. Likewise, Hamid Karzai International Airport remains closed to regular commercial flights. Since the fall of the country to the Taliban, commercial airlines have run charter flights with daytime visual flight rules. Runway lights remain damaged or non-operational.

Despite the challenges, West said the Taliban have cooperated with the U.S. on continued evacuation efforts.

“The Taliban have delivered by and large on their commitment to us to allow Afghans to whom we owe a special commitment and American citizen and LPRs [lawful permanent residents] out of the country over the past several weeks in particular,” he said.

“The airport’s ability to operate in the winter months, I think, is in question,” he added.

U.S. foreign assistance to Afghanistan has been frozen since the Taliban took over, but the U.S. plans to give $474 million in humanitarian aid to the United Nations to administer in the country.

West said the U.S. must see clear signs there is no leakage of resources to terrorists or to the Taliban government itself before the U.S. would consider assistance, such as paying the salaries of civil servants directly.