Skip to content
Members of the military can make progress with quality-of-life issues by involving local communities, said Matt Borron, executive director, of the Association for Defense Communities.
Expand Photo 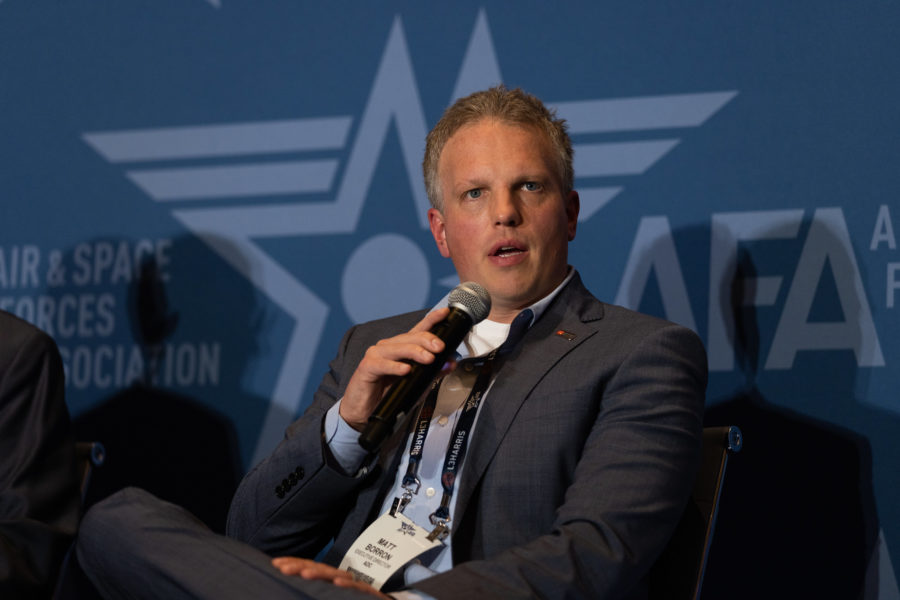 The days when military installations and the communities in which they are located kept an arm’s-length from each other are long gone.

“In the early 1980s, you had everything within the confines of the base. And the base really did not talk to the local community. It was highly discouraged for a spouse to work,” said Kathleen Ferguson, an AFA board member and former principal deputy assistant secretary of the Air Force for installations, environment and energy, who moderated the discussion at AFA’s Air, Space & Cyber Conference. “Seventy percent of our families [now] live off base, and we are looking to increase opportunities for spouses to work.”

Air Force Chief of Staff Gen. Charles Q. Brown Jr., who was part of the panel, credited military spouses with leading the change in base-community relations. He cited the service’s 2021 “Five and Thrive” initiative, which focuses upon child care, health care, housing, education, and spouse employment.

“We extended the temporary housing allowance, partly because it was taking people so long to find housing,” Brown said.

He added that he would like to see military families be able to plan a budget that is “not going to be a roller-coaster ride” once the economy stabilizes.

“We’ve got to be a bit more responsive,” Brown said. “I think we have all the data, all the tools, but we have got to move a bit faster.”

When the Association of Defense Communities was established around 50 years ago, its primary focus was dealing with issues such as land use and the aftermath of base closures, said panelist Matt Borron, the organization’s executive director. Those issues are still relevant, he said, sharing space with the quality-of-life concerns addressed in Five and Thrive.

“The issues you want to tackle cannot be tackled only within the fence line,” Borron said. “All of this stuff transcends the fence line. And if you’re not working with your community, you’re not going to make a dent.”

“The Air Force is a large organization and we have a lot of authorities at our disposal,” he said. “Sometimes it takes a little bit of effort to make sure we’re in concert with that, and also working with the communities and the installation.”

Some situations are best addressed by the communities, Moriarty said, while the Air Force should try to tackle others.

“We’ve got to listen to those voices out there and see what the needs are. We have a tremendous amount of authority. We have a lot of tools at our disposal. It’s a matter of getting smart people to look at it,” Moriarty said.

Panelist Glen McDonald, who manages strategic projects and development at Gulf Coast State College in Panama City, Florida, provided a first-person testimony as to why good base-community relations are important. When Hurricane Michael ravaged the area in 2018, the wind and rain made no distinction between infrastructure and powerlines in the community and at nearby Tyndall Air Force Base. Community partnerships set up some six months before Michael hit provided what he called “small wins,” which sparked the arduous process of rebuilding. The base commander knew the local county and city managers, the sheriff, and other community leaders, McDonald said.

“It was very helpful. But I will tell you the foundation was set with community partnerships, and community leaders that work with wing commanders,” McDonald said. “My advice to everyone is don’t wait. Don’t think someone else is going to do it. Be kind and courageous and go talk to your military members. If you have an idea, don’t be afraid to talk about it.”