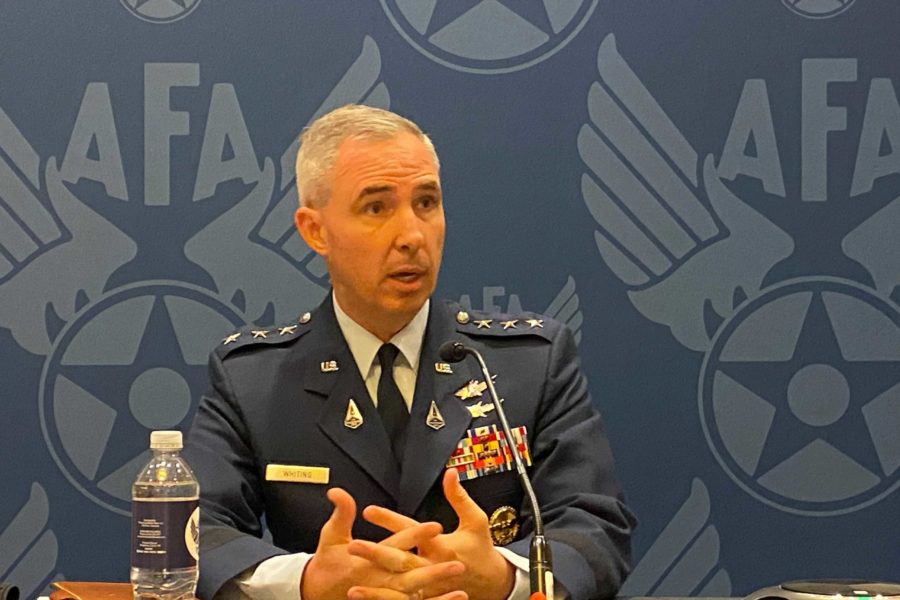 Lt. Gen. Stephen N. Whiting was at Vandenberg Air Force Base, Calif., in September 2007 when China destroyed a dead satellite in an anti-satellite weapon test. The target burst into 3,000 pieces, which still swirl around the globe today.

Fourteen years later, Whiting now heads Space Operations Command at Peterson Space Force Base, Colo., and argues that the Space Force must up its game in intelligence gathering.

“Certainly, we had intelligence professionals then, but not very many, and they were not leading our operations,” he said at AFA’s Air, Space & Cyber Conference on Sept. 20.

“The pace at which China has developed the threat capabilities we’ve seen has just truly been breathtaking,” he said. From 2007 to today, “they have developed an electronic warfare capability to jam our assets; we’ve seen lasers; we’ve seen on-orbit threats and grappling arms,” he added. “They’re continuing to develop those threats. So, everything we do in Space Operations Command must be intelligence-led.”

Space Delta 7, which stood up July 24, 2020, is the Space Force’s operational intelligence, surveillance, and reconnaissance element. Two of its three squadrons are located at Peterson-Schriever Garrison; a third is at Wright-Patterson Air Force Base, Ohio.

“I’m excited about some of the improvements we’ve made,” he said. Now he’s turning to training. “Space is a domain in which we should be able to train in a high-fidelity manner in a simulated environment,” he said. Operators need holistic space domain awareness to best track and find threats.

Space Delta 7 has detachments in each of the other SpOC Space Deltas to provide mission-specific intelligence. The unit has about 350 people but is slated to grow to more than double by fiscal 2025.

“We do have a vision to grow additional units in Space Delta 7—a targeting unit and analysis unit,” he said. “But just because you have manpower slots to do that doesn’t mean you have the people yet. We have got to grow the people over time.”

Talent doesn’t mature overnight, he added. “You can’t get a 10-year-experienced intel operator without spending 10 years to build that person. So, it’ll take time to build up those new capacities. But that will be a growth area for us.”