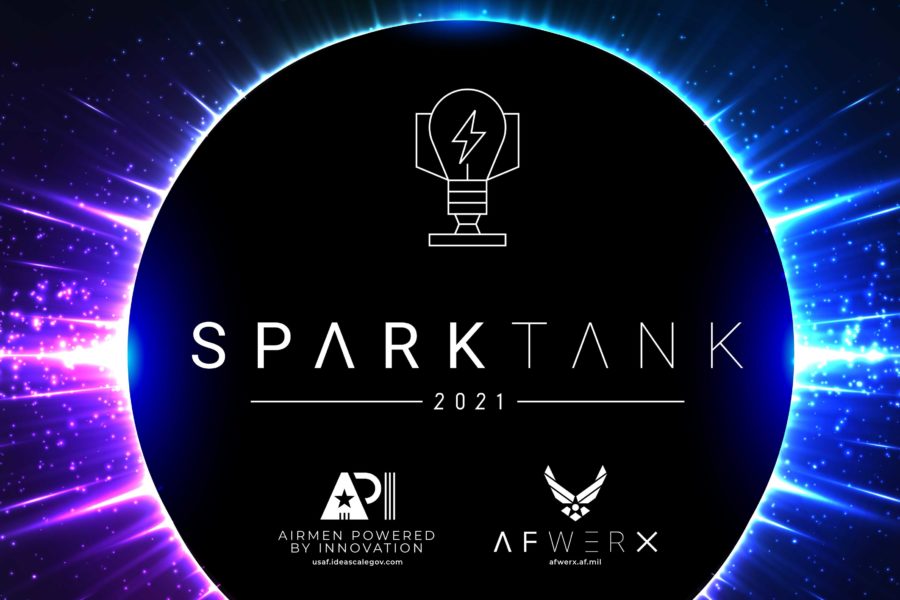 A crew chief and production superintendent from Davis-Monthan Air Force Base, Ariz., took home the 3D-printed trophy in the Department of the Air Force’s Spark Tank innovation contest for a simple idea he predicts could “solve a lot of issues across the aircraft community.”

Bauer was one of five finalists, up against teams with ideas to prevent service-connected hearing loss, to incorporate augmented reality into briefings, to streamline workflows with a ticketing app, and to cut out the need for refueling trucks when refueling aircraft with engines running.

Bauer’s idea grabbed the votes of all but one celebrity judge. The premise:

C-130 aircraft wheels have to be heated up before maintainers can work on them, and not all facilities can do the heating. Bauer described the process as moving a 200-pound chunk of aluminum that’s been heated to 150 degrees in and out of a big oven. Instead, Bauer realized a handheld heating element—which only costs about $100—can be applied to a wheel to warm it up.

In his 5-minute Q-and-A with judges, Bauer confirmed the device will work overseas and can be adapted to other aircraft wheels.

In response to a question from Air Force Chief of Staff Gen. Charles Q. Brown Jr., Bauer said the biggest challenge of the project was balancing the device’s heating requirements and power demands.

“It’s really easy to heat up a chunk of metal, as long as you’re willing to use an unlimited amount of electricity,” Bauer said, “but … we really wanted to keep it under 115 volts so facilities across the globe could power the device.”

“It’s so much simpler; it’s ready to go; and that’s why I put up the C-130 wheel prep,” said Brown, brandishing the paper sign judges held up to signal their votes.

Acting Secretary of the Air Force John P. Roth, another celebrity judge, pondered how to spread the idea to other countries that fly C-130 variants:

“Could we shop it around with a multinational workshop of one sort or the other?”

He was on the right track.

Roth cast the lone dissenting vote among celebrity judges, instead picking the idea “Inner Ear Bone Conduction Communication” by a team from the 100th Air Refueling Wing at RAF Mildenhall in the United Kingdom. Their idea is to switch to noise canceling earbuds in place of the foam plugs and bulky ear protection worn on the flight line. The bone conduction technology lets some sound through. It would protect hearing while also letting people communicate with each other without exposing the sensitive parts of their ears, the team said.

Roth said he voted for the idea because it addresses “a very fundamental problem that will scale across the force.”

Meanwhile, fans had voted online, choosing the audience favorite “Viper Hot Refuel Kit” by a team from the 52nd Fighter Wing at Spangdahlem Air Base, Germany. The team designed a sled to serve in place of refueling trucks that may have to be transported by aircraft in advance at a cost of $6,000 one way. The team instead put off-the-shelf petroleum oil and lubricant components into a much smaller package.

The judges wondered whether an app pitched by a team from the Air Force Academy might have more utility across the military. The idea, “Improving Commander’s Support Staff Workflow with Office 365,” introduces a digital means for submission and tracking of command-related workflow items.