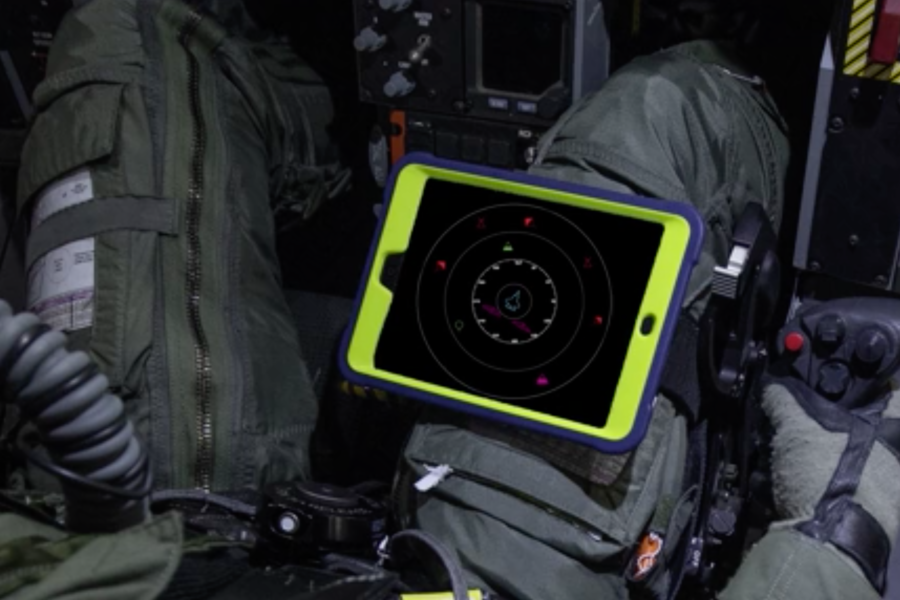 Air Force Magazine is highlighting one team each day from now through March 3. Today, we look at “Project FoX (Fighter Optimization Experiment),” led by Maj. Allen Black of the 412th Test Wing at Edwards Air Force Base, Calif.

Every day, millions of people across the globe go to Apple’s App Store or the Google Play Store and download apps for their smartphones, tablets, and computers.

Could the Pentagon one day have its own version?

That’s the idea behind Project FoX—fighter pilots across different planes, able to access and use the same software, software that is developed and fielded in a fraction of the time it takes today.

“We must act now to accelerate our software development into capability at the speed of relevance,” Black said in his Spark Tank submission. “Project FoX, or the Fighter Optimization Experiment, provides a transformative way to accelerate the delivery of new software capabilities to our aircraft, while dramatically decreasing the cost.”

For now, the idea is focused on the F-22, which was recently upgraded with an Open Systems Architecture Rack, reducing the need for custom-made software to integrate with the fifth-generation fighter’s hardware.

Instead, the fighter can now take better advantage of commercial technologies, something Project FoX intends to take even further.

“These improvements are accomplished by connecting a commercial off-the-shelf tablet that is data-secured to aircraft data systems with a universal government interface that puts the aircraft data into a common format,” Black said. “This allows America’s best developers to create applications that are portable across platforms and have real test, training, and technical benefits.”

Using a tablet to run commercial software systems instead of installing it directly on the plane itself has the benefit of “segmenting the developmental code from an aircraft’s operational code,” Black said.

“As a result, changes can be made rapidly without impacting the airworthiness of the aircraft, taking the time required for testing cycles in software updates from months to days,” he added.

On top of that, Black argued, using tablets would allow software to be tested and deployed simultaneously across different platforms, instead of going “sequentially after lengthy platform-specific test programs.”

Black’s team is planning their first demonstration of this new approach in the coming months, using an app developed and tested on the F-35 that assists with the evasion of enemy surface-to-air missiles on an F-22, with no redevelopment.

“But this is only the start,” Black added. “We’re working to make this a reality on any platform that can connect to their data. To advance this crucial change to our software acquisitions, we need $1.2 million to demonstrate portable apps across fifth-gen fighters, third party applications on the Raptor, as well as to establish the pathway needed to begin developing our future capabilities.”

With funding from Spark Tank, Black said he believes his team could be “paving the way for a DOD App Store filled with cutting edge technologies.”

Should such a vision come to pass, there’s at least one area where it could prove particularly vital—manned-unmanned teaming. General Atomics Aeronautical Systems has already demonstrated a similar concept of its own, using a tablet-like device strapped to a pilot’s thigh to control a semi-autonomous “loyal wingman.”

Beyond that, however, Black said the software could assist with artificial intelligence, cyber defense, and other ways. The larger goal is creating a way to accelerate software acquisition, a frequent source of frustration for many in the Air Force IT community.

“This investment will establish the self-sustaining software path we need for the future, enabling future modernization appropriations to flow through this cheaper and faster pipeline,” Black said.