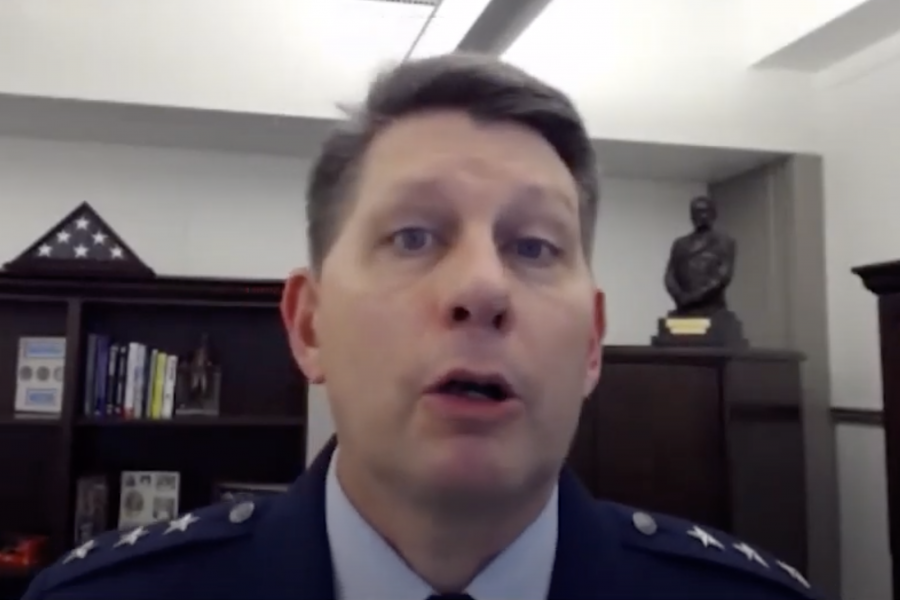 Space Systems Command to Stand Up in 2021

The Space Force will stand up its Space Systems Command to oversee software and hardware acquisition “sooner rather than later” in 2021, the service’s second-highest uniformed official said Oct. 1.

Lt. Gen. David D. Thompson said during a Defense One event that the new systems management organization is moving slower than the groups that will oversee training and operations because the Space Force is still deciding which Army and Navy assets will join the new service.

Thompson serves as the Space Force’s vice commander but was confirmed Sept. 30 to formally become the four-star Vice Chief of Space Operations.

He indicated that Space Systems Command is waiting for the Pentagon’s final say on which parts of the Army, Navy, and Marine Corps will come under the Space Force to get a clearer picture of how everything fits together. That decision will come sometime in the next year so that Soldiers, Sailors, and Marines can transfer in fiscal 2022.

SSC will handle research, development, and acquisition of military rockets, satellites, radars, and other space-related assets from creation to retirement—the Space Force’s equivalent of Air Force Materiel Command. Its plan is to encompass the Space and Missile Systems Center, the Commercial Satellite Communications Office, and other space system program offices from across the Pentagon.

Space Force field commands are opening as smaller organizations known as “deltas” this year. The service did not say when its operations and materiel organizations would be fully open for business when it formally announced their creation in June.

While the Space Development Agency is set to change from being an office run by the Pentagon’s research and engineering branch to one overseen by the Space Force, the new service is still deconflicting how SDA will interact with SMC and other entities with similar missions.

Over the past several months, the Space Force has met with representatives of SDA, the Missile Defense Agency, the intelligence community, and other organizations to figure out how to productively overlap and what parts of the acquisition ecosystem may need to change.

“There are areas where we’re not going to duplicate, but we are certainly interested in the energy that comes from competing ideas and competing designs and competing approaches to a problem,” Thompson said.

The Space Force has grown to about 2,200 members since it was established in December 2019. Many civilian and military personnel are still technically part of the other armed forces but are assigned to the Space Force for work. The Space Force is expected to total around 15,000 employees, while still relying on Air Force personnel for jobs such as security forces and health care.