Skip to content
The Falcon 9 Starlink rocket successfully lifted off of Pad 40 on Jan. 29, 2020, at Cape Canaveral Air Force Station, Fla. The Starlink Constellation is a collection of satellites used to provide satellite internet access and the 45th Space Wing has supported the launch of two Starlink installments in the year 2020. Air Force photo by Airman 1st Class Zoe Thacker.
Expand Photo 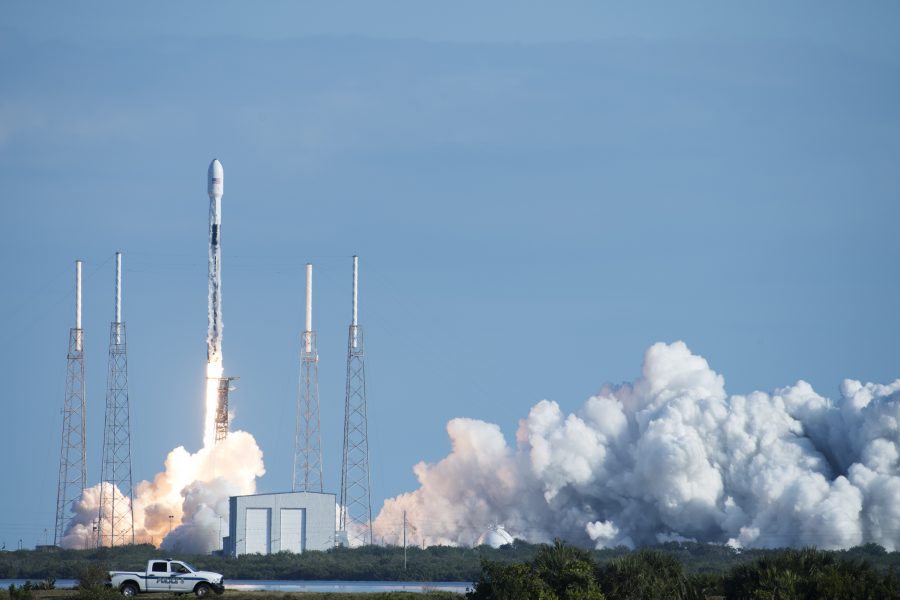 PATRICK AIR FORCE BASE, Fla.—The Space Force’s 45th Space Wing here is gearing up for a hectic 2020 schedule that could entail launching at least one rocket a week almost all year.

Until recently, the wing’s “Drive to 48” slogan focused on becoming able to host 48 launches in a single calendar year, only stopping for four weeks to do system upgrades. Patrick and the launch pads at its neighboring Cape Canaveral Air Force Station handled 19 launches in 2019.

The Space Force routinely puts intelligence sensors, communications systems, experiments, and other payloads into orbit for military and civilian agencies using ULA and SpaceX rockets, and assists commercial companies with private launches. It previously performed the same work as Air Force Space Command before the new service was created.

Five launches have taken place on the Eastern Range so far in 2020, with another mission to the International Space Station slated for next week.

If the launch manifesto unfolds as planned, the cape will see more than double the number of launches in 2020 as it did the previous year. Wing commander Brig. Gen. Doug Scheiss said his Airmen could handle as many as 51 events this year if more are added later.

The wing’s new motto, “Set the pace for space,” reflects that responsiveness is more important than sheer numbers.

Even though the total launch count fell far short of 48 in 2019, Scheiss said the changes the wing made so it could execute four launches in four weeks last summer, and twice in one week in December, will help it hit that goal this year. In January, the wing planned to launch two SpaceX rockets from two separate pads about six hours apart, but one was rescheduled.

Scheiss pointed to changes to everyday processes that can help hit the higher launch goal, like creating templates for where certain rockets are expected to travel so that Airmen can standardize safety checks. It’s also becoming easier to schedule launches as companies become more open with each other. Instead of keeping their work tightly under wraps, the wing has a software system that lets companies deconflict their prep work with each other and claim time slots for upcoming launches.

Technology and facilities upgrades over the next few years can also help the wing ramp up its launch support, from buying mobile telemetry vans that track a rocket’s trajectory to modernizing the network that allows the military and companies to share information.

“We need that new network that’s coming online, it’s just taking longer than we wanted,” Scheiss said. “Right now it’s very hard for [launch providers] to plug into our network because it’s so old and takes a little bit of maneuvering to get it all done.”

Adding autonomous flight safety systems (AFSS) to the rockets can also cut down on staffing needs and speed up launch prep. AFSS, which destroys the vehicle if it flies off course, will be required on all rockets by 2023, according to the publication NASAspaceflight.com.

Scheiss said that transition could reduce the number of DOD range operators. Those personnel could instead become mission-assurance experts who check the range to make sure it is ready to go. The commander wants to find the right mix between military personnel and contractors, whose role in launch operations will continue to grow.

“As we get to autonomous flight safety systems and others, we won’t have the need for as many space operators, but we still want them to be knowledgeable in this mission,” Scheiss said.