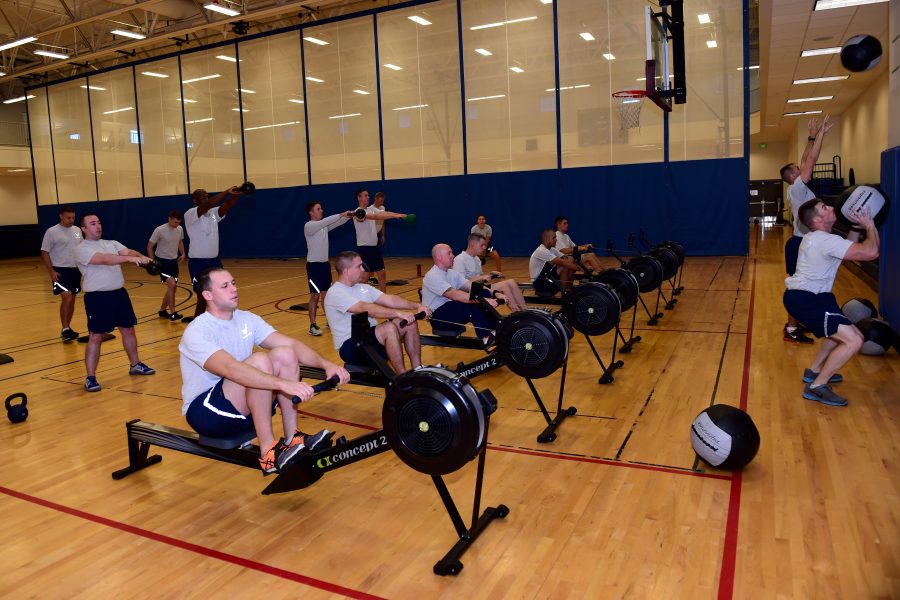 Hate situps? You might want to join the Space Force.

Physical fitness could look a little different in the newest branch of the military, as officials consider more holistic, functional exercises and fewer PT tests.

“We could do it more efficiently,” Chief Master Sgt. Roger A. Towberman, the Space Force’s senior enlisted adviser, told Air Force Magazine on Sept. 11. “The focus shouldn’t be on the test. The focus should be on the process of being fit.”

Over the past few years, the armed forces have started to view proper fitness as a lifestyle, not only dependent on waist size or how fast someone runs. The Department of the Air Force vets its members’ waist circumference, their time on a 1.5-mile run, and the number of pushups and situps they can do in one minute.

But those measures have led to unhealthy, even dangerous, habits to cut weight and inches, and caused anxiety among Airmen who worry that a low score will hurt their careers.

“I would rather that we put our effort and our focus and our grading, frankly, on a squadron’s ability to ensure maximum fitness of all its members, and not have this single moment in time that has such an impact over one’s career,” Towberman said. “If it’s accurately measuring the process by giving someone a test, then it’s the process that is making the difference anyway. I don’t even think it’s accurately measuring a process.”

Towberman said the service needs to have a conversation about the relevance and safety of situps and pushups, suggesting the Space Force may favor planks to measure core strength instead. The Navy in May 2019 said it would instead adopt planks in its PT tests, and Marines recently began allowing that option instead of situps as well.

“I want to talk through all those things and do it smart, get away from repetitive use injuries,” Towberman said. “Your fitness is supposed to make you better prepared for work, not less prepared.”

The Space Force could carry over the Air Force’s recent policy change that allows personnel to take three diagnostic fitness tests before their designated PT test date, and use a score from an earlier test instead of having only one shot at passing. In August, the Air Force also loosened the requirement for how soon Airmen who suffer a miscarriage must take their next physical fitness assessment.

The department suspended fitness tests until Oct. 1 amid the coronavirus pandemic to prevent close contact between Airmen during strenuous activity that can spread the virus.

Military officials have highlighted fitness as one area that could be more flexible in the Space Force as a way to recruit and retain a broader pool of employees, most of whom won’t face the physical demands of someone like an Army infantryman. It’s also a topic often raised by Airmen that Towberman has visited at Space Force installations around the country.

“A failed fitness test or derogatory information will not make someone ineligible for transfer,” the Space Force told prospective members on a frequently asked questions webpage. “However, if a common [career field, like intelligence or acquisition], this will be part of what the board reviews.”