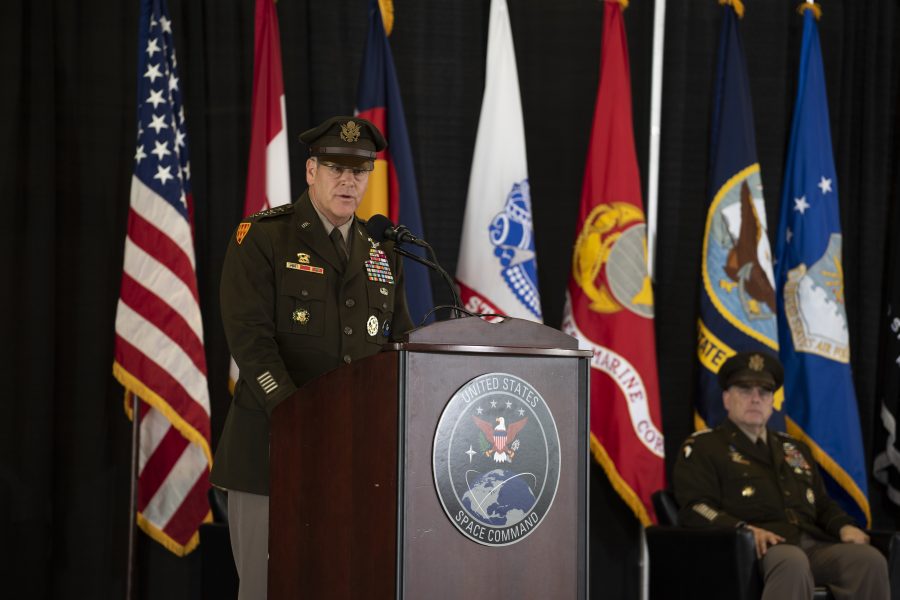 Military space budgets will need to grow to adequately support air, land, sea, and cyber operations as global warfighting grows increasingly intertwined, and as the Pentagon solidifies its plans for offense and defense in the cosmos, a top Space Force official argued this week.

“If I was [U.S. Space Command boss Army Gen. James H. Dickinson], I would certainly argue for a budget based on size of [the area of responsibility], because he’s got a huge one to defend,” Lt. Gen. B. Chance Saltzman, the Space Force’s deputy chief of space, cyber, and nuclear operations, said during the Air Force Association’s virtual Air, Space, and Cyber Conference.

Space Force and SPACECOM argue they don’t need coffers as big or as many people as the others to accomplish their mission—something Congress was counting on when it approved the establishment of the Space Force in December 2019. But Saltzman’s comment underscores the central role space operations promise to play in future joint operations, and foreshadows how the military space enterprise could negotiate with Capitol Hill to let it grow.

“We’ve not put a lot of investment into either offensive or defensive systems in space, where our competitors have,” United Launch Alliance Chief Executive Officer Tory Bruno said. “There are niches where they’re getting ahead. We’ve got to take big steps.”

SPACECOM handles daily operations of the Pentagon’s satellites, space-related radars, and other systems that allow the armed forces to talk to each other and track threats like incoming missiles. The employees and the systems they operate are provided by the Space Force, Army, and Navy.

The organization is unlike most others because its technologies are critical to keeping combat operations around the world going, but it also has to defend those systems from physical or electronic attack and potentially fight back as well. In comparison, service members working for another combatant command like U.S. Central Command or U.S. Indo-Pacific Command have only their own offense and defense to worry about, instead of enabling war outside of that particular area.

The Space Force, which manages the majority of military space assets, is still figuring out how best to support SPACECOM—and the other services in turn—with new training, ways of operating, and technology. There’s no secret sauce, Saltzman said.

When it comes to joint all-domain command and control, the Pentagon’s push to connect conventional combat operations with space and cyberspace more effectively, the space enterprise’s investments in areas like data cloud storage and communications satellites promise to be the glue between the other services’ vehicles, sensors, and weapons.

“If an adversary denies us the ability to create effects in one domain, we can rapidly shift and create effects in a different domain. That gives us a tremendous operational advantage, but it’s not easy,” Saltzman said. “It’s not easy to shift domains if you don’t have the [command and control] structure, the data structure, the comm infrastructure that allows you to rapidly lift and shift from one domain to another.”

The former deputy commander of Air Forces Central Command echoed the growing idea that the Pentagon needs many different ways to send data around the force, a cornerstone of the Space Development Agency’s plans to put thousands of satellites into low Earth orbit. If some satellites have their signals jammed or are physically damaged, information can still travel through other parts of the network.

“In those high-threat environments, I learned the real power of resiliency, self-healing networks, the ability to use distributed nodes so that we can reduce our targetable footprint, our ability to use multiple data paths so that we’re never without the data, the situational awareness that we need to make high-speed operational decisions,” Saltzman said.

The military argues it needs artificial intelligence algorithms to crunch data—including the vast piles of information collected by space assets—and solve problems faster than the human mind to make that work. It also wants 5G wireless networking, cloud computing, and teams of service members and contractors who can fix and upgrade software at a moment’s notice.

Using proliferated satellites and other means through which service members can communicate and track and target potential threats would keep the military flexible under duress. If the Combined Air Operations Center in Qatar, a hub that manages strike and intelligence information for the Middle East, was hit by enemy forces, Saltzman said, it’s space assets that would help ensure the U.S. could still function in the region.

“If you can’t perform your duties from here, how does the air component continue to be successful? We had to look ourselves in the eye and say, ‘Well, there’s going to be some problems,’” he said. “I saw tremendous progress, leveraging some of the initiatives that I think ultimately were coming out of the JADC2 discussion, … things like distributed data architectures [and] cloud hosted services, that allowed us to be less concerned about where we were and more concerned about where the effects needed to be.”