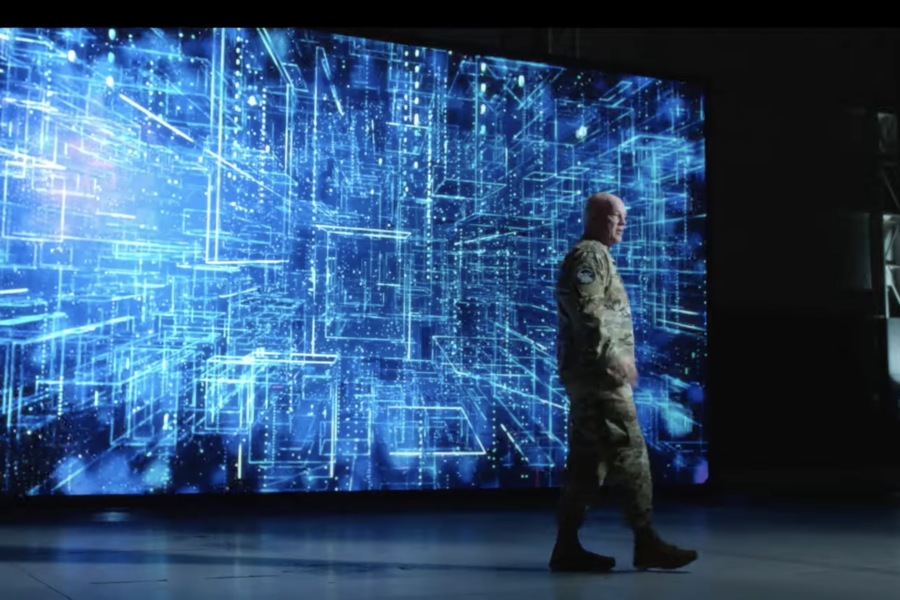 The Space Force debuted a new fast-paced recruiting commercial, featuring clips of space operators responding to cosmic challenges posed by adversaries to inspire the next generation of Guardians.

In the video, Raymond slowly walks a stage, talking to young Guardians in solemn words about adversaries, repeating the oft-mouthed line: “Space is hard.”

“It used to be all we had to worry about was astrophysics, Kepler’s Laws [of planetary motion], gamma rays, solar flares, rocket science, black holes, and the Theory of Relativity,” Raymond said. “But now, we also track about 30,000 objects, orbiting at over 17,500 miles an hour, and our entire way of life depends on us to protect our satellites from attack, day and night.”

The video, which ends with two words: “Guardians Wanted,” emphasizes the highly specialized, yet critical role Space Force members will play in the national security enterprise.

The service in May released a white paper highlighting its vision for a fully digital service, in which it reiterated what Space Force leaders have been saying all along: “We have the opportunity to be highly selective in our recruitment, retention, and training, thereby ensuring we shape an elite, technologically adept, ‘digitally fluent’ workforce.”

During his speech at the Space Symposium, Raymond said, “We recruit top talent and they get the best training.” The new smaller and more agile service has worked hard to eliminate bureaucratic slowdowns enabling Space Force Guardians to move up the ranks faster than their sister services.

Raymond also touched on progress made in the standup of the Space Force and its commands nationwide, emphasizing the role young and diverse Guardians played in critical missions, such as detecting Iranian rocket attacks on U.S. forces in Iraq.

Raymond stressed the need for international cooperation and applauded recent Air Force Academy graduate 2nd Lt. Aryemis Brown, a Rhodes scholar who will be the first Academy grad to study international relations in the United Kingdom.

Raymond stressed the “lean” and elite nature of the new force, saying more than 4,000 troops from other services applied for just 650 transfer slots, and 9,100 applicants applied for some 70 civilian positions at Space Force headquarters.

“For the last 18 months, our personnel processes for recruitment and training [have identified] the best of the best,” Raymond said.

He also noted the Aug. 23 standup of Space Training and Readiness Command, the last of three field commands, the equivalent of USAF’s major commands, to be established, and the year-over-year rise in professional military education slots from just three to 24.