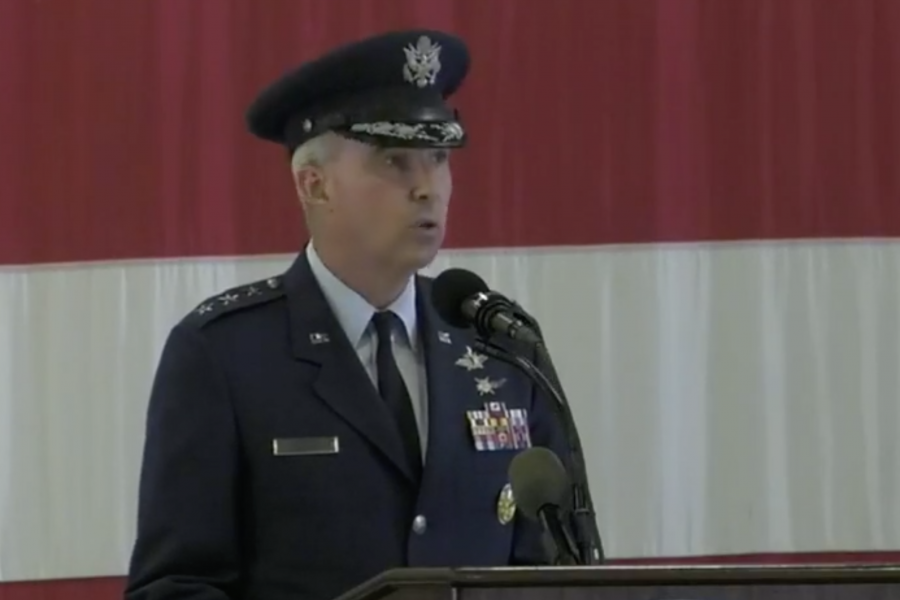 The Space Force on Oct. 21 formally stood up its Space Operations Command, the main organization running satellites, radars, and other combat assets for regional military commanders around the world.

Lt. Gen. Stephen N. Whiting will run SpOC at Peterson Air Force Base, Colo. He has held similar positions in the Space Force and its predecessor, Air Force Space Command, for the last three years.

During a ceremony in Colorado Springs, Colo., Whiting laid out his three top priorities:

SpOC, one of three field commands created by the Space Force, complements the two other field groups built for acquisition and training. It can be thought of as parallel to the Air Force’s Air Combat Command.

Whiting told reporters the organization will oversee the launch ranges at Vandenberg Air Force Base, Calif., and Patrick Air Force Base, Fla., until those move to Space Systems Command, the Space Force acquisition branch.

The service will continue to assess how many people SpOC needs as Army and Navy personnel transfer into the Space Force, and as combat requirements grow.

The plethora of space operations entities can get confusing. The Space Force’s Space Operations Command manages the personnel, hardware, and software that U.S. Space Command, the warfighting organization run by Army Gen. James H. Dickinson, wields through units at home and overseas.

Vandenberg Air Force Base, Calif., also hosts a Space Operations Command, a subordinate group that carries out daily missions and will be renamed as “SpOC West.” The Space Force is not planning any other regional SpOCs, Whiting said.

SpOC West functions as SPACECOM’s Combined Force Space Component Command at Vandenberg as well. In that role, it is in charge of supporting other combatant commanders and the joint force through the Combined Space Operations Center at Vandenberg, which works with other countries and commercial companies on missions like tracking missile launches and resolving interference with communications satellite signals.

Whiting replaces Maj. Gen. John E. Shaw, who was recently nominated to become U.S. Space Command’s three-star deputy commander. The Senate has not yet confirmed Shaw to that post.