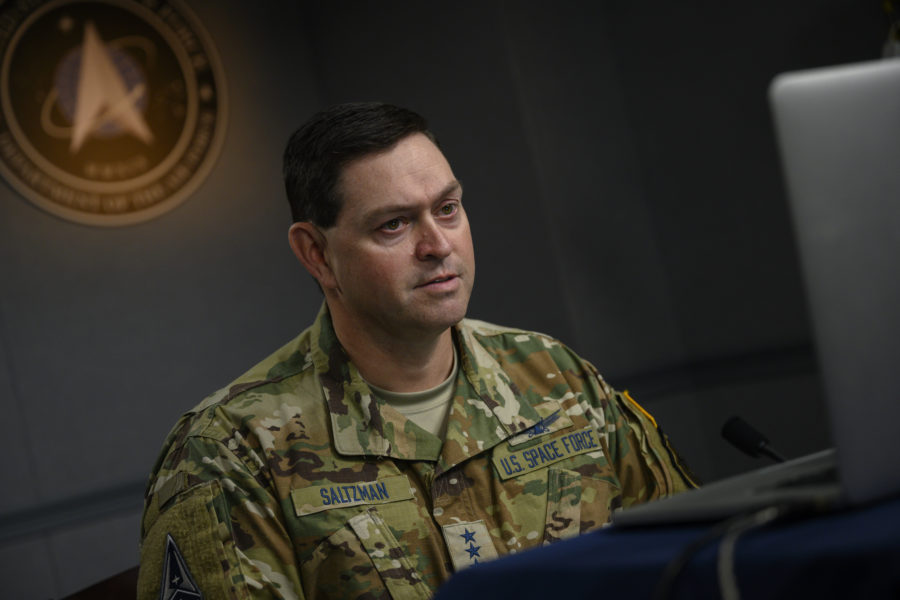 As the military’s newest service continues to grow its own ranks, it is expanding collaboration with allies as well through more exchanges, data sharing agreements, and increased participation in major wargames.

Lt. Gen. B. Chance Saltzman, the U.S. Space Force’s deputy chief of space operations for operations, cyber, and nuclear, said during a March 19 Brookings Institution event that growing these efforts is a major initiative because space-based capabilities are important assets for both the U.S. and international allies.

“We recognize that we are far more powerful, from protecting and defending and actually accomplishing space operations and space capabilities, if we do it as an allied, partnered force,” he said. “There’s just more to be brought to bear if you include your allies and partners.” Saltzman highlighted the annual Schriever Wargame. The event, which began in 2001 under Air Force Space Command, is the main space training event focused on military operations in that domain and is “really central” in how the military frames its force design for space.

For several years, the event included representatives from Five Eyes allies—Australia, Canada, New Zealand, and the United Kingdom. The most recent iteration, which wrapped in November 2020, expanded to include France, Germany, and Japan. Future iterations could include even more participating nations, Saltzman said.

Additionally, the Space Force is “actively working to build relationships” for officer exchange partnerships. There are existing agreements with Canada and the United Kingdom, along with NATO and others. Saltzman said he recently met with United Kingdom leaders and said any UK officers who come to join the space staff will have “tremendous challenges and opportunities.”

“We have a plan to engage over a dozen countries in terms of space and space capabilities,” he said. “That includes everything from data sharing agreements to literally personnel exchange.”

The creation of the Space Force and the addition of Chief of Space Operations Gen. John W. “Jay” Raymond to the Joint Chiefs of Staff has made the domain a key focus in the development of military policy and operational discussions. Previously, the Joint Staff didn’t have a member solely focused on the domain, so space capabilities could fall through the cracks.

“The ability to focus resources, advocacy, prioritize where you want to put your limited manpower, what you want to focus on and not have it filtered is an important service-level responsibility and it gives it an attention at the joint level that we may have not had beforehand,” Saltzman said.