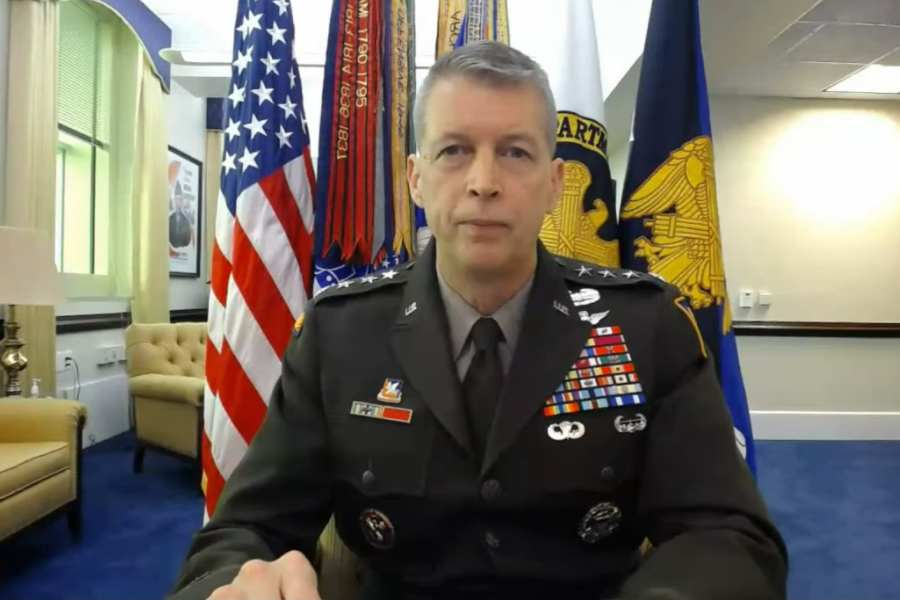 National Guard Bureau Chief Army Gen. Daniel R. Hokanson told the House Appropriations defense subcommittee May 4 that the creation of a Space National Guard is among his most “pressing concerns” and he said he believes there is consensus among top leaders on the planned construct.

The proposed model will be a “two-component construct” with an Active/Reserve “combined component, then a Space National Guard,” Hokanson said.

Space Force leaders previewed the idea in February, as the Pentagon worked on a report on the possible Space Force structure. Lt. Gen. Nina M. Armagno, the staff director at Space Force headquarters, said at the time, “We’re really working on trying to figure out how to recruit the best and retain the best.”

The “dual componency,” combining the Active and Reserve forces, in theory could help create a better work-life balance in response to younger troops’ shifting career and family values.

Hokanson told lawmakers he believes leaders are “fairly close” on this proposal. He is meeting with acting Air Force Secretary John P. Roth and Chief of Space Operations Gen. John W. “Jay” Raymond on May 5 about the proposal. “Right now both the Secretary of the Air Force and the Chief of Space Operations are in agreement with us about a two-component construct,” Hokanson said. The May 5 meeting is “in preparation” for the meeting with Austin, Hokanson said.

The Congressional Budget Office last year studied two potential options for a Space National Guard. The first would transfer the existing 1,500 space personnel—of which about 1,100 are Airmen—into a new Space National Guard. This model, which the National Guard Bureau first pitched in February 2020, is estimated to cost an additional $100 million annually, plus a one-time $20 million cost for facilities construction, according to the CBO.

The second option studied by CBO would be a much larger Space National Guard, which could grow to about one-third the size of the overall Space Force, at 4,900 to 5,800 personnel. CBO estimates such a plan would cost up to an additional $490 million a year, plus a one-time construction and equipment cost of $400 million to $900 million.

Eight states—Alaska, Arkansas, California, Colorado, Florida, Hawaii, New York, and Ohio—and Guam have National Guard space units. Some of those service members have jobs like flying the Milstar constellation from California, and others are part of expeditionary units who deploy to support combat operations overseas.