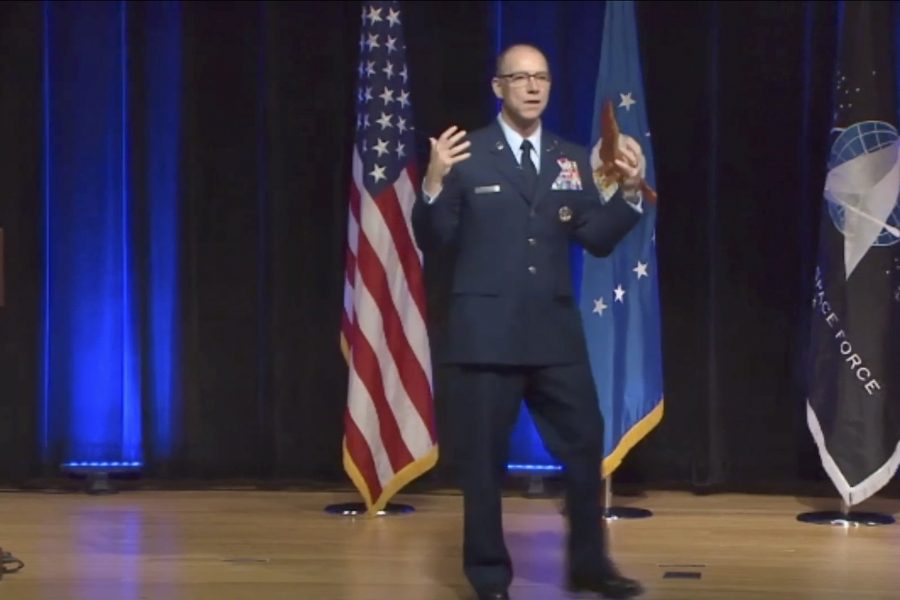 The Space Force plans to ditch its promotion tests for enlisted Airmen in favor of promotion boards that shape well-rounded service members.

“We just don’t think that rote memorization has a place in the modern world, where information is easy to get,” he said Sept. 11. “What’s hard to get is people that can reason and think analytically with the information that’s available, especially when it’s given to them on a huge scale.”

Instead of advancing the best test takers to mid- and high-level ranks, the Space Force would set up promotion boards “for every enlisted rank above E-4,” or senior Airman, Towberman said. When Airmen go before those panels, they will be evaluated on their job performance over the past few years and any awards earned, then voted on by a group of their superiors.

Last year, the Air Force did away with its own enlisted promotion fitness and specialty knowledge tests for the most senior ranks of E-7 through E-9: master sergeant and first sergeant through Chief Master Sergeant of the Air Force. That let promotion boards decide who should join the senior noncommissioned officer corps.

“We trust this board process will continue to give senior leaders and commanders the greatest level of confidence that the right individuals are being selected for promotion to the top enlisted ranks,” former Chief Master Sergeant of the Air Force Kaleth O. Wright said in a February 2019 release. “We found that removing the testing portion will eliminate any possibility that Airmen without the strongest leadership potential might test into promotion, while also ensuring that our strongest performers continue to earn the promotion they deserve.”

The Space Force wants to take that a step further and think of the process as “assignment boards.” Instead of simply moving someone up the ladder, the service wants to play a bigger role in shaping the direction of an Airman’s career.

“When you prioritize a promotion, and you value promotion as the definition of success, culturally, it’s sort of an exclusionary concept,” Towberman said. “A lot of people are left out of that conversation if you’re focused on promotion and if you define success as being promoted. I’d rather focus on development, and we think development can apply to everyone … at all times.”

As part of the promotion boards, Towberman said the Space Force needs to think just as much about the people who fall short as those who move ahead.

“But if you care about those people that fell short of the promotion line, and if you’re institutionally obligated to care for them and develop them, then the assignments they get in their next move are really the most important. They’re at that single point where you’re like, these are the things that were missing in this young lady’s record that [are] why we didn’t promote her. So let’s fix those by giving her an assignment here next,” he said.

Technology also has a bigger role to play. The Space Force, the first U.S. military branch founded in the digital age, says it can use algorithms to mine countless personnel statistics for a better picture of someone’s personality and achievements when considering them for promotion.

Towberman said data can help avoid biases that might color someone’s review, for better or for worse. He suggested the approach could weed out bad bosses or measure an Airman’s discipline.

“I could, for instance, find the career development course scores of every subordinate Sgt. Jones has ever had. I can find the retention rates of every subordinate or everyone on a flight of … Master Sgt. Smith,” he said. “I could find the physical fitness test scores or even how often someone goes to the gym or goes to the club. … There’s a lot of things that you can measure that, while any single one of them certainly wouldn’t prove causality of anything, that if your baseball card has enough statistics, you start to see correlations that you won’t be able to ignore.”

Towberman said he will advocate for Space Force officers to adopt the same model, arguing simpler is better.

“I don’t think in any fundamental way, we’ll be different than the officers,” he said. “I think we’ll be going after the same things. I think we’ll be trying to use technology, but the particulars on it may be a little different.”