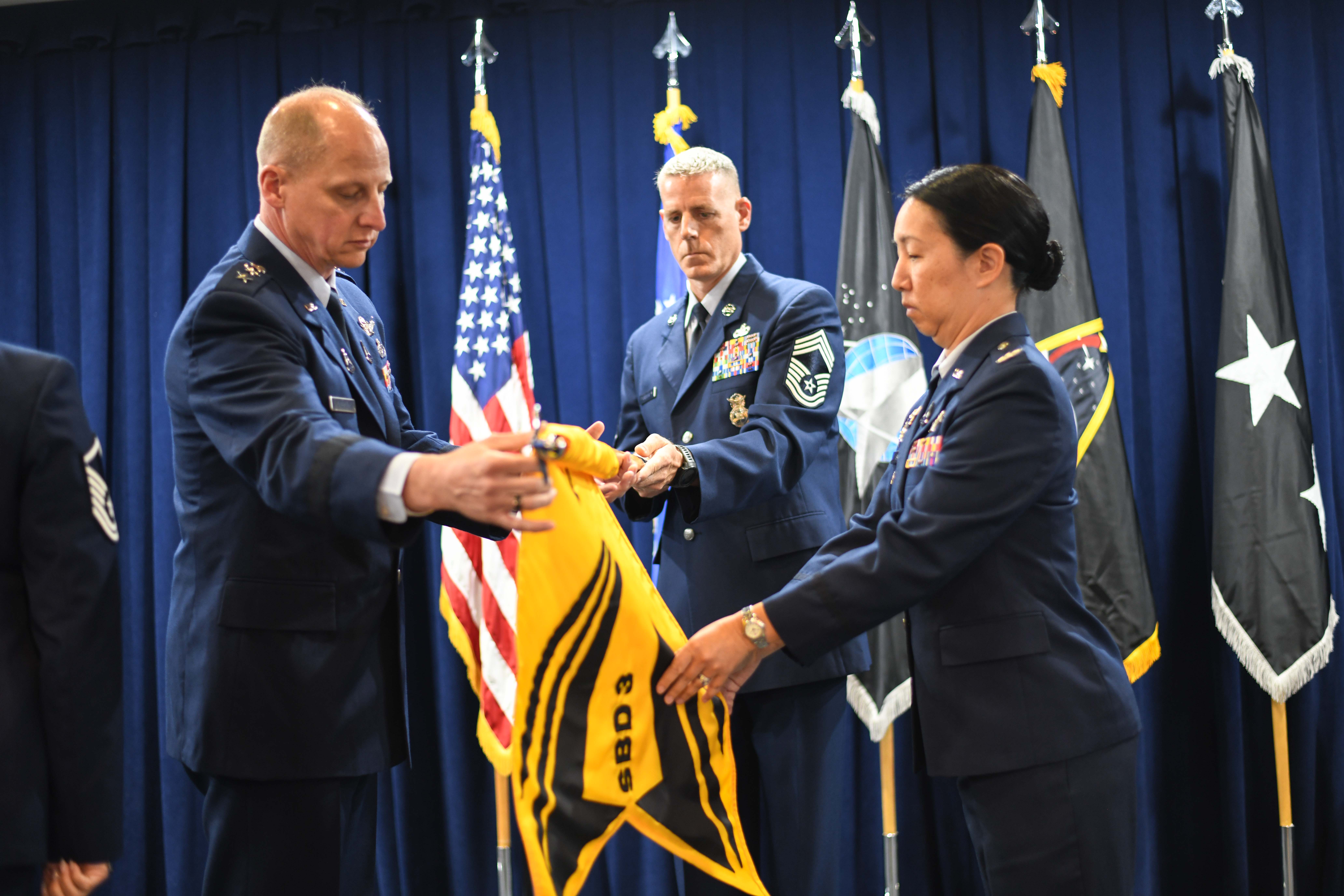 Garrisons are out—Space Base Deltas are in.

The Space Force has switched up how it refers to the organizations responsible for mission support functions, saying the new designations better reflect their function and place within the service’s structure.

“The naming convention of Space Base Delta more accurately characterizes the function and structure of the organization in relation to the mission deltas/units that they support,” a Space Force spokesperson told Air Force Magazine.

Garrisons had occupied a niche within the Space Force’s organizational structure of field commands, deltas, and squadrons. Instead of focusing on mission areas, they were tasked with all the non-operational things that need to happen for the service to function.

“We have got to have defenders of the gate. We’ve got to have the contracted means in place. We have to have the … IT functions to provide the network and telephony aspects of that because we fight from home,” Col. Zachary “Shay” Warakomski, commander of Space Base Delta 1, said in a Mitchell Institute webinar in May.

However, the garrison name caused slight confusion for some who associated the term with the physical installation.

SBD 3 supports Los Angeles Air Force Base, which the service has said will be renamed as a Space Force Base in the future, and Space Systems Command.

Space Launch Deltas 30 and 45 are the host units at Vandenberg Space Force Base, Calif., and Patrick Space Force Base, Fla., where the launch deltas provide base services. The Space Force spokesperson told Air Force Magazine there are currently no plans to establish more Space Base Deltas beyond SBD 3.

Space Base Deltas will continue to be distinct from space mission deltas, the USSF’s organizations that are similar to “Army Brigade Combat Teams or Air Force Expeditionary Wings in that they enable laser focus on specific mission sets that pull together unique capabilities and highly-trained warfighters to deliver combat effects,” the spokesperson said.

As part of the switch from Garrisons to Space Base Deltas, the units will receive new emblems and insignia, the spokesperson confirmed.