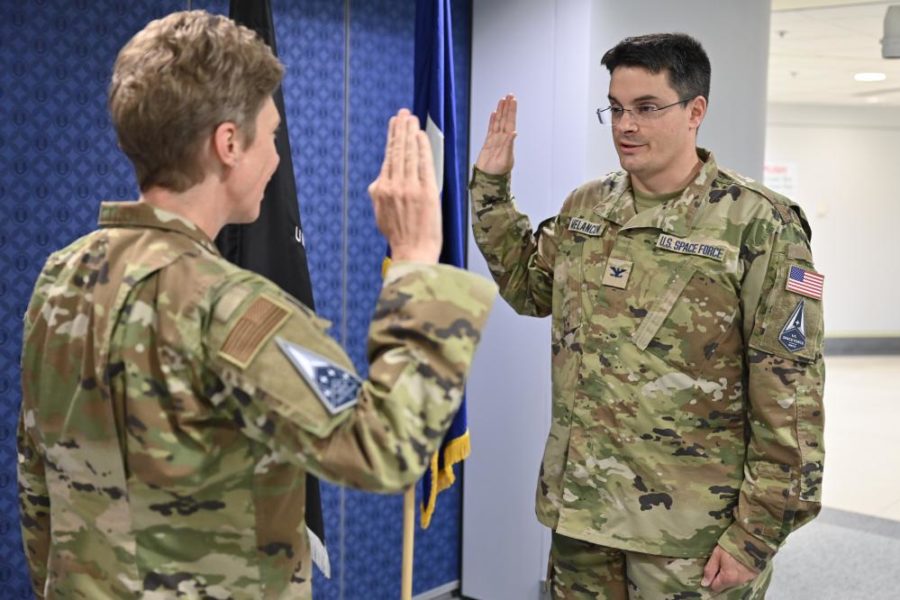 Airmen, Soldiers, Sailors, and Marines who want to make the jump to the Space Force have their chance: USSF is accepting applications for its interservice transfer program from June 15 to 30. There won’t be very many slots available, though.

Chief of Space Operations Gen. John W. “Jay” Raymond, in a message posted to social media and confirmed by a Space Force spokesman, said Space Force will be only be choosing 243 service members for transfer—29 officers and 214 enlisted.

By comparison, the service selected 720 Soldiers, Sailors, and Marines for transfer in 2021, announced in two batches. Some of those transfers were members of units that were transitioning wholesale to the Space Force.

The competition to get into the newest military service has been tough, with thousands of service members applying for transfer last year.

In order to apply, service members must meet the eligibility criteria laid out in AFMAN 36-2032, which establishes the requirements for eligibility to serve in the Department of the Air Force. Those eligible have until June 30 to put together a package including a transfer request letter, an endorsement form from their unit commander, a service career brief, their last five signed performance reports, and a candidate data form.

The Space Force will then convene an interservice transfer board in July, according to public documents shared by the service. Raymond’s message specifies that the board will meet July 20-21.

A list of those selected for transfer will be publicly released in September, with transfers taking place throughout fiscal year 2023, which begins in October.

The Space Force’s end strength has risen significantly lately, from some 6,500 in fiscal 2021 to 8,400 this year. In its budget request for 2023, the Pentagon asked to increase that number to 8,600 uniformed personnel.