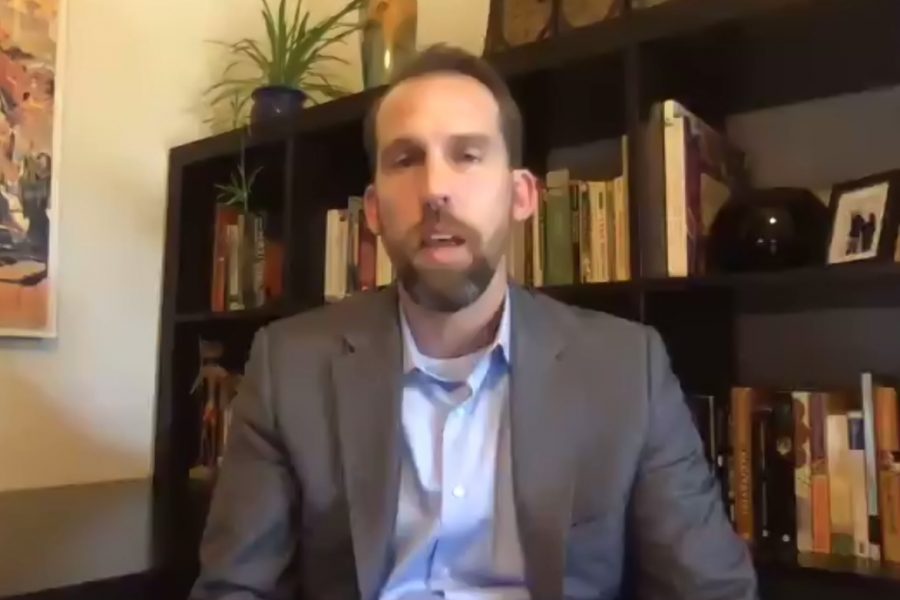 The U.S. is looking to piece together military and commercial data on orbital traffic and potential threats for a better idea of what’s hanging out in space. To get there, federal agencies and companies need to get over a basic hurdle: trust.

In the beginning, the government wants to take over the work of sending conjunction data messages—information about objects passing near each other in space—for civil and commercial groups. The Defense Department will handle that mission with its own military-grade sensors at first, then consider how to add in data from commercial companies and academic institutions as well, said Mark B. Daley, deputy for operations in the Commerce Department’s Office of Space Commerce.

Conjunction data messages are one piece of a larger space traffic management issue for which civil and military government agencies are splitting responsibility. Getting a clearer picture of what’s happening in the cosmos is increasingly important as countries and companies crowd space with more technology and look to set up camp on the moon.

“There’s many different mission sets that are going to come forward, many different products as well, … other things that we may not have actually envisioned initially,” Daley said during a Nov. 17 event hosted by the Center for Strategic and International Studies. “We’re trying to do this balance between making sure that the basic service does not impede the emergence of a larger space safety marketplace.”

“How in the DOD we leverage trusted versus non-trusted data really drives our paradigm and how we consider using commercial data in the future,” he said.

Kordyak thinks of it like a pyramid: “The foundation of that pyramid is tied to a government architecture of sensors that sees out into outer space and tracks objects and gives us awareness of what’s happening.”

“I’m not going to make a decision about a maneuver in space as being hostile or not unless I have a trusted sensor that we know we can make that decision with,” he said.

But that may change as America’s involvement in space matures over time. The question is no longer whether DOD will use commercial data, Kordyak said, but what does the Pentagon need to change to effectively leverage it?

Part of the answer comes through the Space Force’s unified data library that allows people from across the space enterprise, at different ranks and levels of classification, to access a broader swath of information than before. Another piece of the solution entails adopting artificial intelligence into military systems, which can identify trends and patterns among space objects and automate other tasks for troops.

“We’re learning how to change the paradigm so that we can accept commercial data and services, and have it be in line with our systems to facilitate operations. We’re working to have that conversation in a way that’s really looking and needing to be respectful of a commercial company’s business model. We recognize there has to be a conversation there—how we can accept data from [a] commercial provider, as well as how we can satisfy the equities of the DOD and national security space needs.”

Lauri K. Newman, conjunction assessment manager at NASA, noted work underway at Vandenberg Air Force Base, Calif., to combine various data streams and come up with “one definitive data source instead of having multiple solutions from multiple sources.” The government should have the same level of confidence in all the information it uses to make decisions, she said.

“We could also get products from commercial users … that could be combined instead of the raw tracking observations, but that makes it more complicated. It requires more extensive validation, and it’s not as easy to produce a product that we could then go and propagate forward and do things with,” she said.

Another complication of building out the space domain awareness enterprise is seeing how new sensors perform in real life, not just in models.

DOD’s Space Fence radar, which can track items as small as a marble on orbit, became ready for regular use earlier this year. It’s already showing the Space Force “more objects than we’ve ever found in the low Earth orbit,” Kordyak said. The service is in the process of validating that data and making sure it’s consistent.

“As we baseline that sensor and we roll it into the architecture today, we’re continuing to understand the data that comes off of it,” he said. “We’re learning how to operate it in terms of its new capabilities and inherent capabilities. … The data then augments the catalog and gets pushed out to Space-track.org.”

Industry and government groups are considering ways to track satellites and other items on orbit through methods like radio-frequency identification tags.