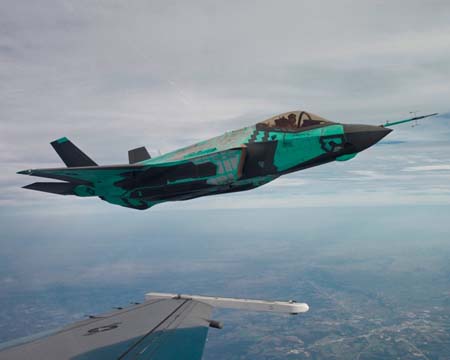 The Pentagon’s acquisition executive wants F-35 manufacturer Lockheed Martin to share in the costs of overruns in the strike aircraft’s development to keep the multibillion-dollar program on track. Reuters news service reported that DOD weapons czar Ashton Carter told reporters Monday that it “is reasonable” that program risk “be shared equitably” and that the costs of schedule slips do not fall on the government alone. According to Reuters, Carter has discussed this issue with Lockheed’s leadership. The Defense Department leadership has made it a top priority to keep the F-35 program steady. But the latest analysis of the F-35 program by Pentagon Joint Estimate Team analysts continues to warn of costly delays, prompting DOD to seek ways to prevent program derailment. Options include adding more test aircraft and hiring more engineers to speed the aircraft’s software development, the New York Times reported Tuesday.