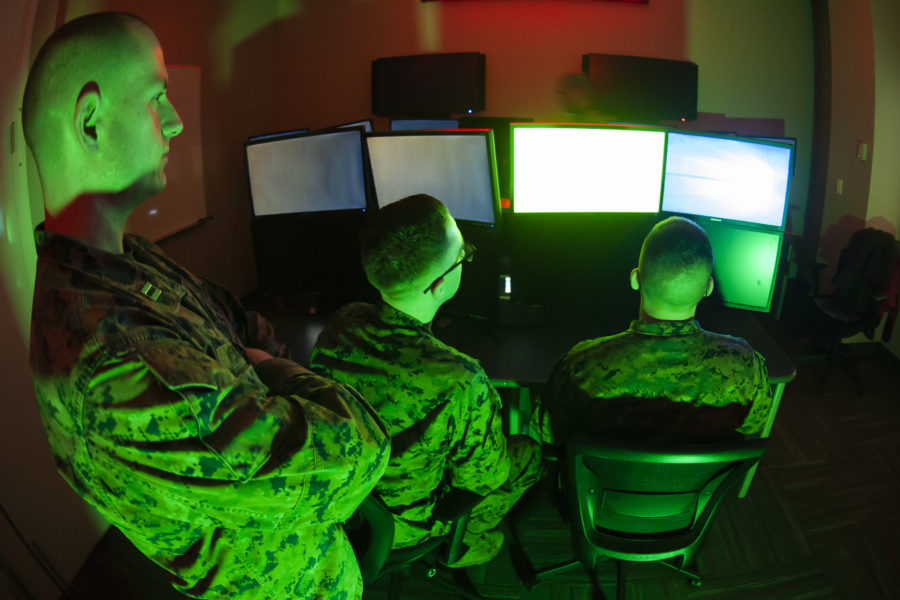 The Government Accountability Office found significant deficiencies in the Department of Defense’s cyber incident reporting practices, deficiencies the GAO said prevent the DOD from fully understanding and preventing cyber breaches, according to a report to Congress released Nov. 14.

According to the report, DOD reported 948 “cyber incidents” in 2021, an increase from 812 in 2020. However, DOD has made significant progress in the past few years, from a high of 3,880 recorded incidents in 2015, with more than 12,000 incidents between 2015 and 2021. The report is the latest GAO finding that has criticized the Defense Department’s cybersecurity efforts.

The GAO said the “deployment of defense mechanisms during this time period” since 2015 helped the DOD improve its cybersecurity. For example, the department now has processes to manage all incidents and ones it deems “critical.” But GAO said DOD has yet to fully implement its own plans and still has no consistent guidance for managing cyber incidents across the department and the defense industrial base. The GAO also said DOD lacks appropriate practices for notifying affected individuals whose personal information may be accessed in a cyberattack.

“DOD has taken steps to combat these attacks and has reduced the number of cyber incidents in recent years,” the GAO said in a summary of its 70-page report. “But we found that DOD: Hasn’t fully implemented its processes for managing cyber incidents; Doesn’t have complete data on cyber incidents that staff report; Doesn’t document whether it notifies individuals whose personal data is compromised in a cyber incident.”

In addition to national security and intellectual property that cyber incidents might threaten, the GAO said DOD may be leaving individuals open to identity theft or other risks by not notifying them when their personal information is compromised.

“DOD has not consistently documented the notifications of affected individuals, because officials said notifications are often made verbally or by email and no record is retained,” the GAO said. “Without documenting the notification, DOD cannot verify that people were informed about the breach.”

The GAO also identified problems outside DOD with the defense industrial base, the vast array of private companies that supply and sustain America’s military. While the DOD requires companies to report cyber incidents within 72 hours, about 51 percent of incidents were submitted to DOD after more than four days, according to the GAO. In addition, the information companies provide is often not detailed, and reports are sometimes unclear on whether DOD programs, platforms, or systems were involved.

“Unfortunately, there’s only one thing that is required of the vendors right now, and that’s reporting if they have an incident,” the Department of Defense’s acting principal chief information officer David McKeown said at a Politico event Nov. 16. “There is a little bit of reluctance for a company to share anything with us. If we were to go in and take a look at their network and find out that it is abysmal, they wouldn’t want that information to be leaked out that there’s a problem here.”

The GAO offered a number of recommendations, which it says the DOD agrees with. It charges that the CIO, the commander of U.S. Cyber Command (CYBERCOM), and the commander of Joint Force Headquarters-Department of Defense Information Network assign responsibility for overseeing cyber incident reporting and notification, ensure the DOD has better visibility over cyber incidents, and issue new guidance that has more detailed procedures for notifying leadership of critical incidents. The GAO said DOD should review its practices regarded incidents related to the Defense Industrial Base. Finally, DOD should ensure that individuals affected by data breaches are notified.

“DOD does not have assurance that its leadership has an accurate picture of the department’s cybersecurity posture,” the GAO report said.

“We’ve made progress on our normal networks to try to secure those and secure the data and make sure that those weapons systems that are actually computers are operational in a time of war,” he said. “There’s a lot of work to be done on other things.”

Air Force Was ‘Hyper Focused’ on Cybersecurity for IT Networks. Now Other Systems Need Protection.

Looking to address Air Force Secretary Frank Kendall’s operational imperatives, cyber leaders with the Air Force Life Cycle Management Center recently analyzed their networks and systems to see how they would hold up against cyber threats. The leaders came away with a “sobering” observation: Key IT networks and data centers…

It has been almost exactly one year since the Air Force activated the 350th Spectrum Warfare Wing, the first of its kind, as part of its effort to build back electronic warfare and electromagnetic spectrum capabilities after years of letting them atrophy. And in some ways, the service’s lack of…

The Air Force and Space Force are teaming up for a hackathon event in late July, looking to “validate rapid development” of new capabilities in an environment spread across bases, services, and classification levels.

The U.S. Space Force finally rolled out new cybersecurity standards for its commercial satellite vendors on May 28, saying those who could meet them might be able to charge more. First mooted more than three years ago, the Infrastructure Asset Pre-Assessment (IA-Pre) program is designed to ensure that the commercial…

A pair of Air Force generals are set to receive third stars and take over new commands. The Pentagon announced a new slate of nominations May 25. President Joe Biden nominated Maj. Gen. Stacey T. Hawkins to become a lieutenant general and the new commander of the Air Force Sustainment…