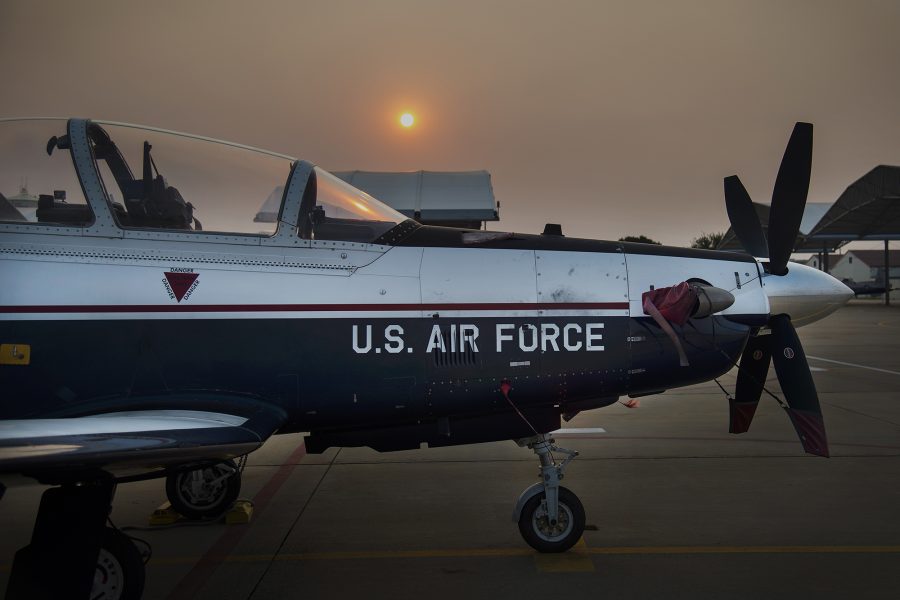 The Air Force is digging into new technologies that could help airmen recognize when they’re losing oxygen or having other physical problems in flight.

Within the past few years, the Air Force has investigated what could be behind incidents that have left pilots flying a range of fighter jets and training aircraft disoriented and in danger.

The service envisions a new suite of sensors that would tell whether a pilot could suffer from hypoxia, or low blood oxygen levels, or similar issues that can prompt a range of symptoms from a metallic taste in the mouth to tingling fingers, hot or cold flashes, and loss of consciousness.

Miniaturized, wireless sensors would gather data—like air quality, a pilot’s vital signs, the cockpit environment, and respiratory function—to help the Air Force pinpoint what exactly is causing the symptoms, according to slides provided by the 711th Human Performance Wing’s airmen systems directorate at Wright-Patterson AFB, Ohio. They would also alert pilots of any notable physical changes in flight and store that information for analysis.

“Cockpit sensing remains a key gap, as there are no fielded solutions to provide data for root cause analysis, which in turn could drive pilot decision-making as well as resource prioritization” to modify life support systems, a USAF notice stated.

The Air Force may vet industry’s ideas on the T-6 and F-16, the service said, but “high-performance civilian aircraft” could also play a role. USAF twice grounded T-6 flights in late 2017 and early 2018 following a spate of hypoxic and hypoxic-like episodes.

Officials plan to issue one research and development award in April. The service would start trying out tools in fiscal 2021 and aims for flight testing in fiscal 2022. Technology should be ready to transition to the Air Force by September 2023.

Around that same time, the Air Force hopes to have finished a slate of upgrades to the T-6 and On-Board Oxygen Generation System that will make it safer to fly.