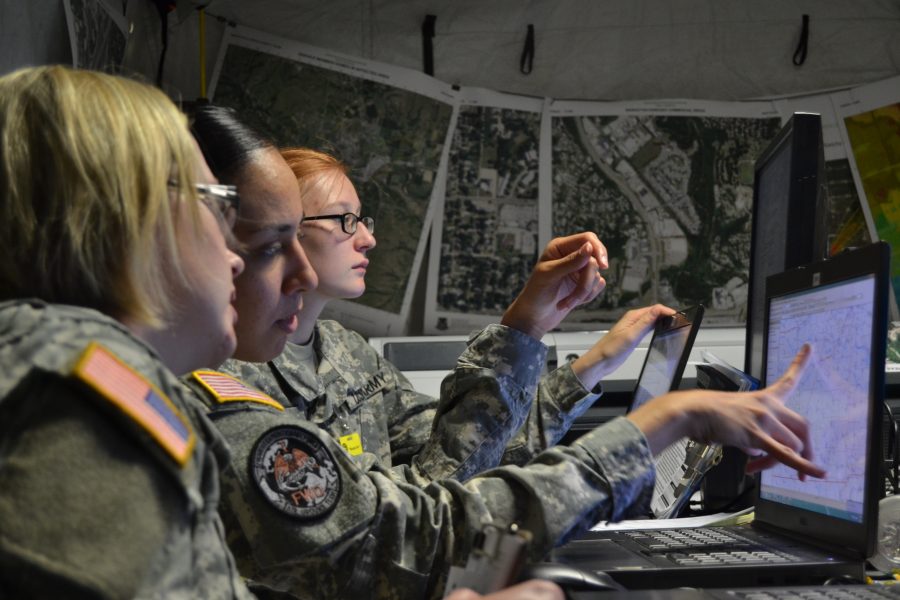 The Senate Armed Services Committee endorsed the creation of a reserve component for the Space Force in new legislation but wants more evidence that a Space National Guard is necessary as well.

The committee this week approved its version of the fiscal 2021 defense policy bill 25-2, and the legislation could head to the Senate floor for a vote by the full chamber as early as next week.

When Congress approved the new Space Force in the fiscal 2020 National Defense Authorization Act, it stopped short of adding a Reserve and National Guard like those that accompany the Air Force. Reservists and Guardsmen already regularly handle space missions as part of the Air National Guard and Air Force Reserve, and service leaders are pushing for those roles to continue.

“We wanted to make sure that [the Pentagon] knew why they wanted to do a Guard, and where they want to do a Guard, and what the Guard was going to do, and that report was not received at the time that we started this markup, so we weren’t able to address those things adequately,” a Senate staffer told reporters June 11. “I’m sure they will be addressed, but whether there’s a Guard or not, we’d like to first see that report and the recommendations, so we can present that to members so that they can make the decision.”

Lt. Gen. Scott Rice, director of the Air National Guard, said during a June 10 Mitchell Institute for Aerospace Studies virtual event that military officials are preparing to present Defense Secretary Mark Esper with a framework for a Space Force with Reservists and Guardsmen “soon.” That proposal was left out of an organizational plan drawn up for Congress earlier this year.

Rice argued the cost of switching space personnel into a new space Guard would be reasonable. A recent Congressional Budget Office report estimated the military’s idea to transfer those Guardsmen without creating new units would cost about $100 million a year, plus another $20 million or so for one-time construction costs. A more extensive Space National Guard design could cost up to $490 million a year, plus as much as $900 million in one-time expenses.

Eight states—Alaska, Arkansas, California, Colorado, Florida, Hawaii, New York, and Ohio—and Guam have National Guard space units. Some have jobs like flying the Milstar constellation from California, and others are part of expeditionary units who deploy to support combat operations overseas. Those locations would form the basis of the Space National Guard, which proponents say doesn’t need to grow to every U.S. state, territory, and the District of Columbia.

While some argue that states don’t need to rely on military space operations like they do air and land forces, Guardsmen point to the value of space-focused electronic warfare as well as their ability to provide space experts to U.S. Central Command and other organizations, operate the Air Force’s legacy satellites, and help identify and track wildfires in coordination with state agencies.

“I don’t know what the governors will use for space. I do know in Colorado, when the fire’s burning and the trees are coming down, they do look to space to say, ‘Give me a picture, show me what’s there,’ ” Rice added.

To prepare for the eventual possibility of a Space National Guard, the National Guard Bureau created a space operations directorate as a bridge to the Office of the Chief of Space Operations. White told Air Force Magazine his top priority is ensuring National Guard space units are ready for their missions on a daily basis, followed by building connections within the Space Force.

“Myself and my staff at the appropriate levels are included in [Chief of Space Operations Gen. Jay] Raymond’s staff meetings,” White said. “We’re active participants in working groups that are looking to craft new organizations, new policies for how the Space Force will operate. … We’re actively involved with helping plan what this new reserve component is going to look like.”

DOD hasn’t come up with a plan B in case a Space National Guard falls through, White said. But Air Force officials are confident their vision will eventually come to fruition.

“It is weekly meetings at all different levels to work through the analysis of what will be the best reserve component for this new service, and I’m very pleased with the progress we’re making,” White said.