Skip to content
The Space Development Agency announced two contract awards for the ﬁrst generation of the Transport Layer. These satellites will be able to communicate with Link 16 communications systems, directly connecting them to the internet. Making it the first step toward developing the National Defense Space Architecture’s inaugural tranche (called Tranche 0). SDA illustration
Expand Photo 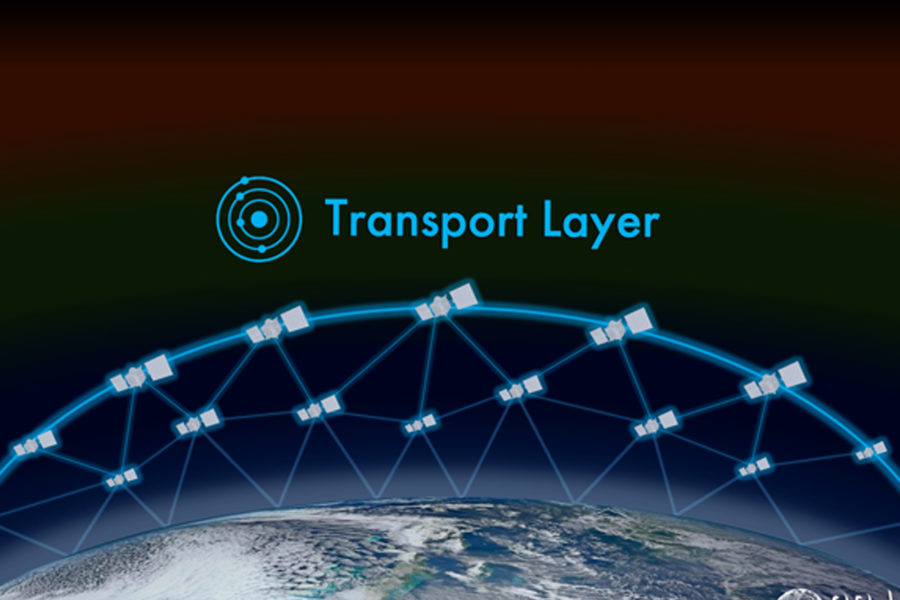 The Space Development Agency’s warfighter council will set requirements in March for the second large batch of satellites to join the Transport Layer of the agency’s National Defense Space Architecture, a planned constellation in low Earth orbit. A solicitation will then go out in the “late spring of 2023,” SDA director Derek M. Tournear said Nov. 10.

While the agency is still waiting to hear from the council before it finalizes the minimum viable product and exact force design structure for the Tranche 2 Transport Layer, Tournear indicated that the tranche will include “250-ish” satellites for data transport.

That’s about twice the number of satellites included in the Tranche 1 Transport Layer. SDA awarded contracts for that tranche’s 126 satellites in February. The number would also well exceed how many satellites the Space Force currently has in orbit.

SDA’s warfighter council meets twice yearly and guides the agency’s process for determining what capabilities are most important. The council’s next meeting is in March, Tournear said during a webcast hosted by the National Security Space Association, and the goal is to release a request for proposals for the Trance 2 Transport Layer “shortly thereafter.”

After that, a contract award will likely follow in the summer of 2023, Tournear said, which would keep the program in line “so that we can hit that September 2026 launch date” planned for Tranche 2.

Meanwhile, Tranche 2 of the architecture’s Tracking Layer won’t be far behind, as SDA will once again rely on the March meeting of the warfighter council to fully set requirements.

“We’re looking at on the order of 50 Tracking satellites,” Tournear said. “And the mixture between wide-field-of-view and medium-field-of-view will be determined during the warfighter council … and that will come out later in summer or early fall of 2023, is when the Tranche 2 Tracking solicitation will go.”

Like the Transport Layer, the second tranche of the Tracking Layer, responsible for missile tracking and missile warning, will be roughly double the size of Tranche 1. SDA awarded contracts for 28 satellites for the Tranche 1 Tracking Layer in July.

For both the Transport and Tracking Layers, Tournear said, the main difference between Tranche 1 and Tranche 2 will be the expansion of coverage provided. SDA has referred to Tranche 1 as providing “initial warfighting capability.”

“It will allow us persistence over given regions of the globe,” Tournear said. “Tranche 2 will give us complete global persistence. So we don’t have to do any kind of prioritization over different areas of the globe. It’ll also give us enough satellites to where we have built-in resilience just because of the numbers of satellites.”

In the meantime, Tranche 1 is scheduled to begin launching in September 2024 and should be finished by mid-2025, Tournear indicated. And that timing could be key as Pentagon officials continue to warn that China is building up its capabilities, with the goal of having the ability to invade Taiwan by 2027.

“It’s no mystery that [Chinese president] Xi Jinping has given his military until 2027 to develop the military capability to forcefully reunify with Taiwan, if he makes the decision to do that,” undersecretary of defense for policy Colin Kahl said in September.

Should such a timeline come to pass, Tranche 1 will be “ready for the fight in that timeframe” and capable of providing coverage for the U.S. Indo-Pacific Command area of responsibility, Tournear said.

More immediately, though, SDA is focused on its next industry solicitation, for the “app factory” for battle management/command and control communication—BMC3.

“Basically, it’s the software that will be used by performers on the ground to build the apps and test out the apps in a secure environment to basically do uploads onto the satellite, so that we can upgrade the BMC3 processors on orbit,” Tournear said.

The battle management function of the National Defense Space Architecture is still being fleshed out, and contractors that don’t win the deal for the app factory will still be able to build and offer applications developed for BMC3 in the coming years, Tournear said.

A draft of the solicitation for the app factory was released Nov. 9. SDA plans to listen to industry feedback and re-issue a final solicitation in February, Tournear added.