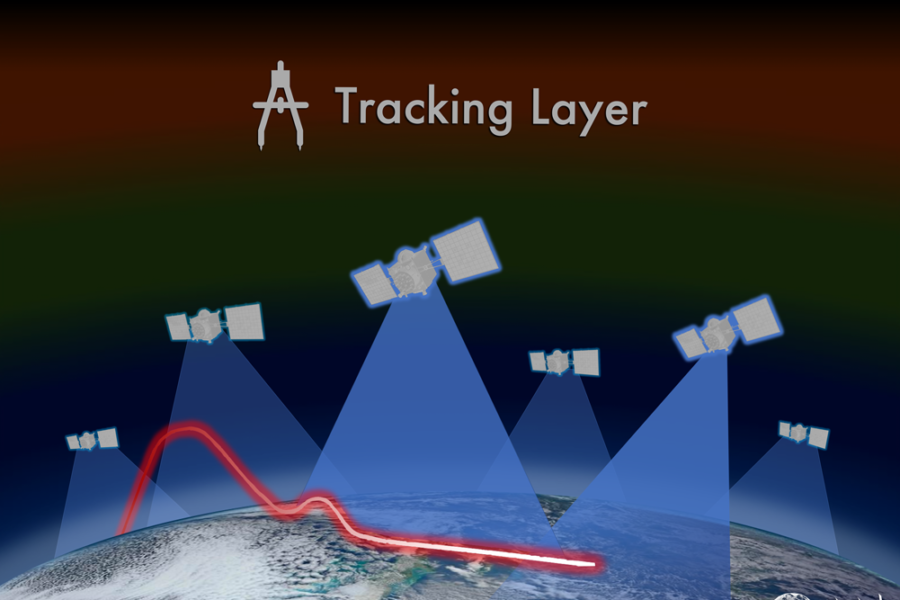 SDA Awards $1.3B to L3Harris and Northrop Grumman for 28 Missile-Tracking Satellites

Each company will build 14 low-Earth-orbit satellites to detect and track the infrared signatures of missile launches and flights. The fiscal 2022 National Defense Authorization Act passed in March added funds to speed up contracting.

Emphasizing the project’s rapid timeline, SDA Director Derek Tournear told reporters July 18 that within two days of the appropriation “we released a solicitation for the Tracking Tranche 1 satellites, and [now] here were are, about 120 days later, with two performers on contract.”

The rapid development timeline favored proven suppliers that have already commoditized satellite components, he acknowledged, making it possible for the satellites to be “developed and produced very quickly in a factory type of model.” He declined to name which subcontractors were working with the two primes. He offered only that the winning proposals involved “new entrants in a lot of the sub-component vendors.”

America’s ability to detect missile launches becomes more resilient with the addition of the Tracking Layer, Tournear said. The size of the constellation means the loss of any single satellite will not interrupt the ability to detect and track.

The Space Force’s Space Warfighting Analysis Center wants the missile-warning architecture to be proliferated constellations in both low Earth orbit (LEO) and medium Earth orbit (MEO). “So essentially … you have to take out LEO and MEO to take out the capabilities,” Tournear said.

SDA expects the new Tracking Layer to provide the added benefit of being able to not just detect missile launches but to track maneuverable hypersonic glide vehicles, Tournear said. “We don’t have zero capability to do tracking, but most everything we do is designed around doing what we call missile warning,” Tournear said. “So we will not only be able to do the old-school mission of missile warning—detect the launch and predict the impact point—but we’ll be able to detect it as it’s maneuvering and changing its impact point and be able to send that [data] down and … tell an interceptor exactly where that missile is headed.”

The planned constellation includes the Tracking Layer and a Transport Layer for moving data around, which are together projected to number in the hundreds at any given time. New tranches going up every two years will refresh the technology. The satellites have a five-year predicted lifespan.

Scientists from the Air Force Research Laboratory and outside organizations have sent a promising selection of spacecraft construction materials to the International Space Station, there to be exposed to space weather. MISSE-16 surpasses past MISSE missions by collecting data about the materials during the flight in addition to before and after.