Skip to content
A flag flies in front of the U.S. Capitol dome. Photo via Architect of the Capitol on Twitter.
Expand Photo 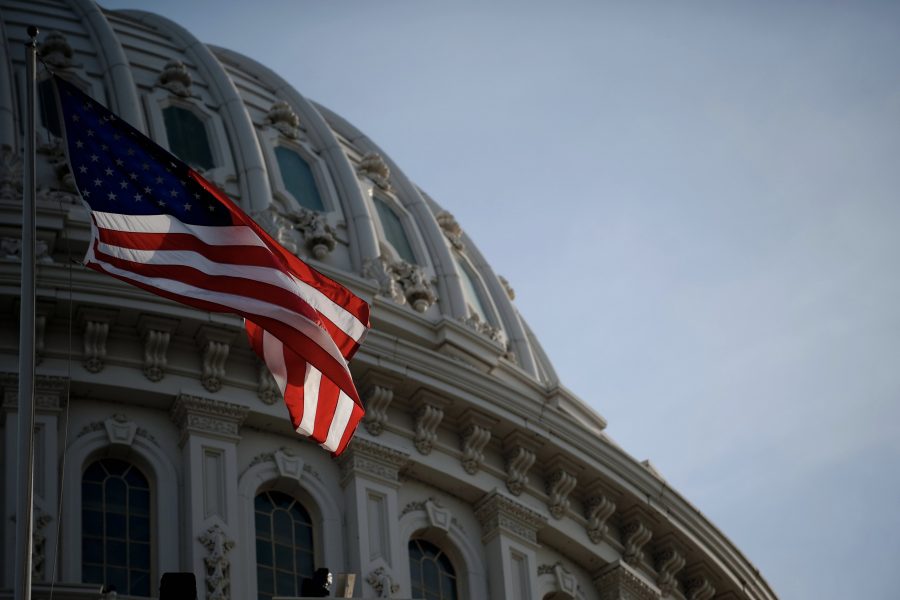 The Senate Armed Services Committee voted to approve its markup of the National Defense Authorization Act for fiscal 2022, increasing the top line of President Joe Biden’s defense budget by $25 billion while seemingly nixing the possibility of a separate Space National Guard.

The markup was approved 23-3 on July 22 and a summary released July 23, detailing roughly $740 billion in spending for the Defense Department. The Biden administration had requested $715 billion for the department in late May. Included in both versions of the budget is a 2.7 percent pay raise for troops.

“After a lengthy but productive markup, I’m proud this year’s bipartisan National Defense Authorization Act increases the defense topline to the National Defense Strategy Commission’s recommendation of three to five percent real growth,” Sen. Jim Inhofe (R-Okla.), ranking member of the committee, said in a statement. “This is a big win for our national security and sends a strong message to both our allies and adversaries that America is prepared to stand up for ourselves and our friends.”

Included in the markup, which will now advance to the full Senate, is a name change for the Air National Guard, making it the Air and Space National Guard. Such a move would likely mean there would be no separate Space Guard established.

The question of whether to establish such a Guard has been debated for more than a year now—the Senate Armed Services Committee endorsed the creation of a Reserve component for the Space Force in the 2021 NDAA but asked for more evidence that a Space Guard was necessary. Top military leaders, meanwhile, have backed the idea, including Director of the Air National Guard Lt. Gen. Michael A. Loh, who pushed the idea while he was a major general and the adjutant general for the Colorado National Guard.

In response to queries from Air Force Magazine on July 22, the National Guard Bureau said it does not comment on pending legislation.

The Senate committee markup also does not touch the Space Force’s request for an end strength of 8,400 Guardians, but it would grant the Secretary of the Air Force the ability “to vary U.S. Space Force end strength by a greater degree than is otherwise permitted for the Armed Services in order to give the Secretary additional discretion to build and establish the U.S. Space Force.” It also would temporarily exempt the Space Force from certain grade restrictions to allow the service to build up its base of general and flag officers.

The Air Force, meanwhile, saw its end strength request increased by nearly 1,000 Airmen, from 328,300 to 329,220. The service would also receive additional funding for a new F-35A fighter on top of the 48 it requested, despite not asking for any more F-35s in its unfunded priority list.

By comparison, the SASC markup includes an extra $575 million for an additional five F-15EX fighters, more than the budget request but less than the $1.376 billion and 12 new fighters included in the unfunded priorities list.

Elsewhere, the Senate committee markup would once again block the Air Force from retiring any A-10s, despite the service requesting to retire 42 of the airframes. In contrast, the markup would permit the retirement of the 18 requested KC-135s and 12 KC-10s—two less than requested for retirement.