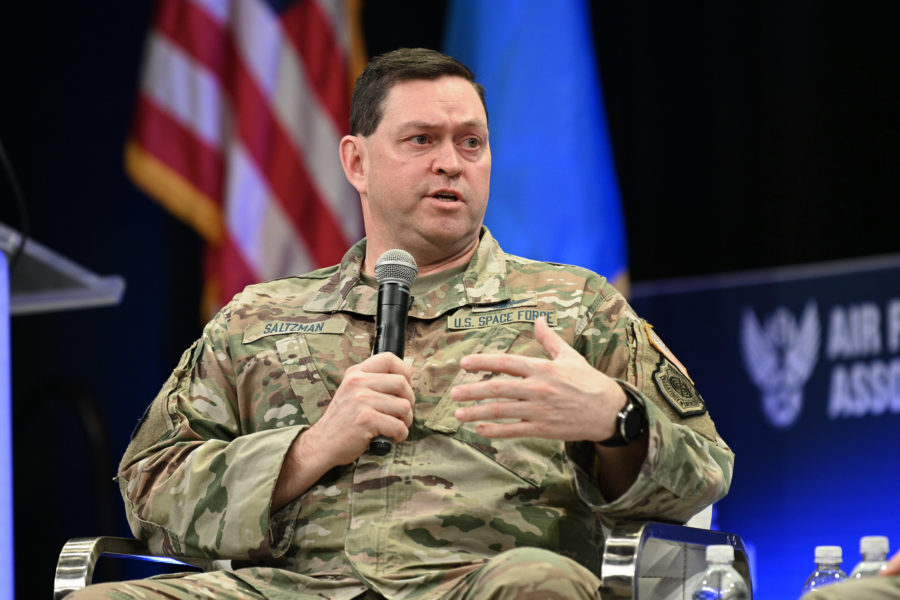 President Joe Biden has nominated Space Force Lt. Gen. B. Chance Saltzman to be the Space Force’s next Chief of Space Operations. Saltzman currently serves as the deputy CSO for operations, intelligence, sustainment, cyber, and nuclear.

Saltzman holds a bachelor’s degree in history from Boston University, Mass., and a Master of Strategic Management from George Washington University, D.C., according to his official bio. He went from Air Force Space Command in 2016 to the Pentagon, where he served as director of future operations at Headquarters Air Force. After that, he was director of current operations.

A year as deputy commander of U.S. Air Forces Central preceded his return to D.C., where he took up his current post in August 2020. In that same month he transferred into the Space Force and received his third star.

Speaking with AFA president retired Lt. Gen. Bruce Wright at the AFA Warfare Symposium in March, Saltzman said he wasn’t confident in today’s “space status quo” in the event of a “high-end fight” with China’s military “if all sides of a fight are using space the way they currently do now,” he said.

“I don’t like our advantages there—the complexity of synchronizing in the Indo-Pacific, the distances we have to cover,” Saltzman said. China is “going to have targeting capability. They’ve got advanced weapons. … I don’t like to win 51 to 50. That’s not the way I want to go to war with these guys.”

This shift from the “benign space environment” the U.S. military enjoyed in the past means it now will “operate against a thinking adversary that is committed to denying us those space capabilities,” Saltzman said.

Instead, he said that presenting “a formidable force” to deny any benefits of an attack in space could be “one of the cornerstones of deterrence,” along with being able to “impose costs” on an adversary as punishment for “aggressive behavior in space.”

A strategy for doing so, he said, requires not just new equipment for a more resilient space architecture but also training, and investing “to make sure that our operators, whether they’re providing ISR, SATCOM, missile warning, electronic warfare, any of those capabilities” are “the best trained in the world.”