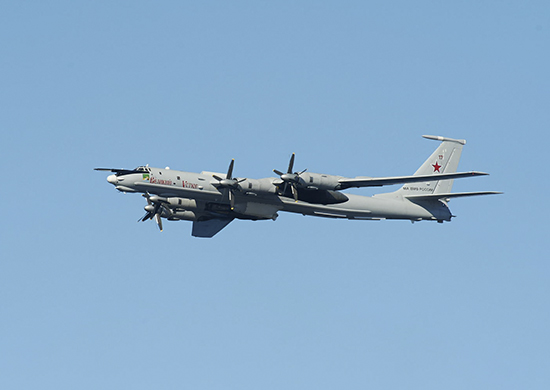 The aircraft operated in international airspace, and Alaska Command did not announce if U.S. or Canadian aircraft scrambled to intercept, according to a release.

“As always, NORAD remains vigilant and ready to protect the sovereign airspace of Canada and the United States to deter, deny, and defeat potential threats to our air and maritime approaches,” Alaskan North American Aerospace Defense Region said in the release.

The incident comes shortly after U.S. and Canadian aircraft wrapped up a major exercise focused on quickly positioning aircraft and protecting the northern airspace. As part of exercise Amalgam Dart, 27 aircraft and more than 500 personnel trained at locations including Thule Air Base, Greenland; Eielson Air Force Base, Alaska; and Canadian bases in several provinces including Yukon, Northwest Territories, and Nunavut, among others.

“NORAD is committed to working with its allies and partners to strengthen global stability and security as we now face a much broader range of threats that are testing our security, and require innovative and tailored defenses,” said Royal Canadian Air Force Maj. Gen. Eric Kenny, commander of Canadian NORAD Region, in a statement. “Exercise Amalgam Dart provides both Canadian and U.S. forces the opportunity to maintain and build on our capabilities.”

It is at least the second time this year that Tu-142s have entered the Alaskan ADIZ, after a similar incident in January. NORAD in 2020 conducted more intercepts than in recent years, as Russia repeatedly flew bombers, maritime patrol aircraft, early warning aircraft, and fighters into the region.

“Our northern approaches have had an increase in foreign military activity as our competitors continue to expand their military presence and probe our defenses,” USAF Gen. Glen D. VanHerck, commander of NORAD and U.S. Northern Command, said in August after an intercept. “This year, we’ve conducted more than a dozen intercepts, the most in recent years. The importance of our continued efforts to project air defense operations in and through the north has never been more apparent.”