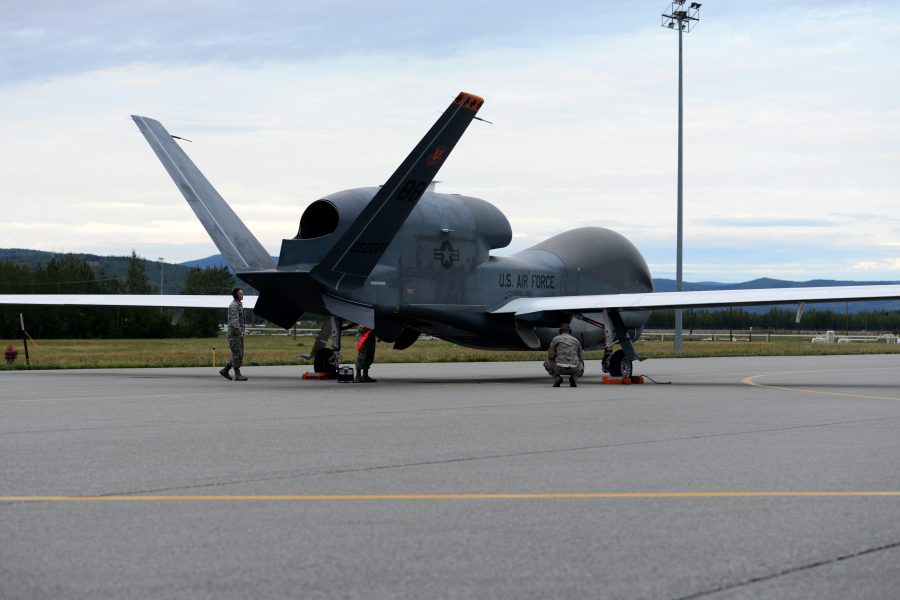 The Russian military claims three MiG-31s scrambled to intercept an RQ-4B operating in neutral waters over the Chukchi Sea, part of the Arctic Ocean bound in the east by Point Barrow, Alaska, on Aug. 11.

The remotely piloted aircraft remained in international territory and the MiGs, which belong to the air defense forces of the Eastern Military District, returned to their bases when the Global Hawk changed directions without crossing into Russian airspace, according to state-run media, which also noted “the operation was performed in accordance with international law.”

The move comes just three weeks after the Department of the Air Force released its first-ever Arctic strategy, which acknowledges Russia’s efforts to militarize the region. Russia—one of eight Arctic nations—is refurbishing airfields and Arctic infrastructure, building new bases, and “developing an integrated network of air defense, coastal missile systems, and early warning radar to secure its northern approaches,” states the strategy, which also notes that, “No other country has as much permanent military presence above the 66th parallel.”

Interactions between U.S. and Russian aircraft also are increasing, raising the potential for dangerous miscalculations. North American Aerospace Defense Command aircraft have intercepted Russian aircraft at least 10 times this year just off the coast of Alaska, with six of those intercepts taking place in June.

Then-Chief of Staff Gen. David L. Goldfein, speaking during the department’s Arctic strategy rollout last month, acknowledged that both Russia and the U.S. have increased the number of intercepts of long-range aviation assets.

“And, if I were speaking to my Russian counterpart right now, … I would tell him it’s in our best interest to ensure that we adhere to common rules of behavior, just as we have for the last 50 years as we’ve intercepted each other in the Arctic, off the shores of Alaska, off the shores of Russia,” Goldfein said. “We can’t afford a miscalculation or for one of our Airman to perform below standards. And so, as we see increasing activity that is perhaps politically or economically driven, militarily, we have to be able to … have our two professional air forces continue to operate in this area.”

Goldfein said the release of the department’s Arctic strategy provides an “opportunity” to identify “areas of common interest” with Russia “where we can collaborate, knowing full well that we are going to continue to compete.”