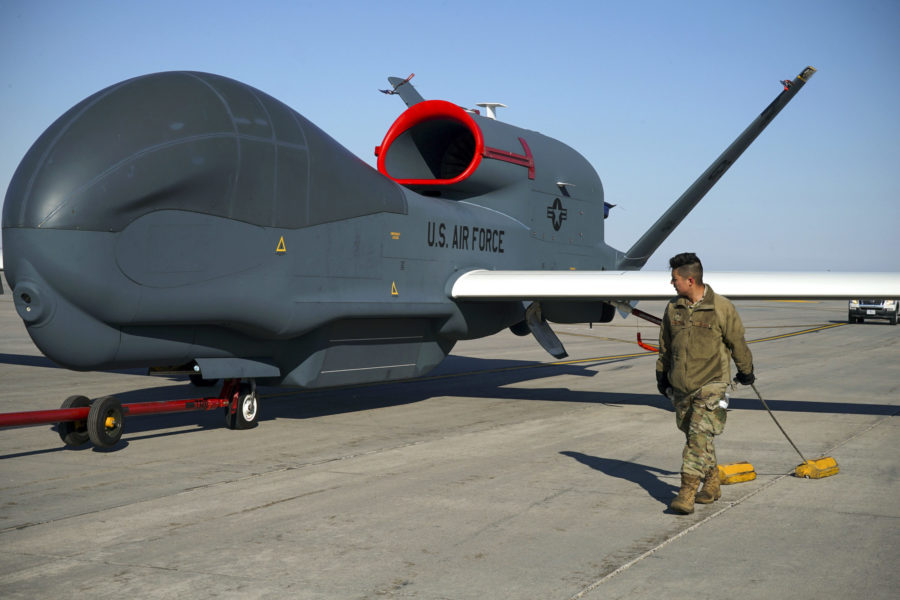 The unmanned aircraft went down in a rural field near Gilby, N.D., and no injuries were reported. According to the Grand Forks Herald, a fire was extinguished at the scene.

The cause of the crash or the current status of the drone have not yet been released, but the 319th Reconnaissance Wing is on site for recovery operations and an investigation, which could take several weeks, Vice Commander Col. Jeremy Fields said in a statement.

The Global Hawk that crashed was a Block 40 variant, one of just 10 in the Air Force fleet, all of which are stationed at Grand Forks. The Block 40 variant achieved initial operational capability in August 2016 and can fly up to 60,000 feet. It is used for high-altitude intelligence, surveillance, and reconnaissance.

RQ-4s have been at the center of some of the Air Force’s recent budget disputes with Congress—on several occasions, the legislature has blocked or placed limits on the service’s attempts to retire some of the ISR drones. In its most recent budget request, the service asked to retire 20 Global Hawks. Air Force leaders have said the drone cannot survive in contested environments and projected that its successor will be available by the end of the 2020s.

The Aug. 6 crash marks the third time in the past 18 months that an Air Force drone has gone down. Pilots deliberately crashed an MQ-9A Reaper in June 2020 after the aircraft suffered a major fuel leak while flying over Africa, and another MQ-9 crashed that same month in Syracuse, N.Y., when its pilot mixed up the controls.