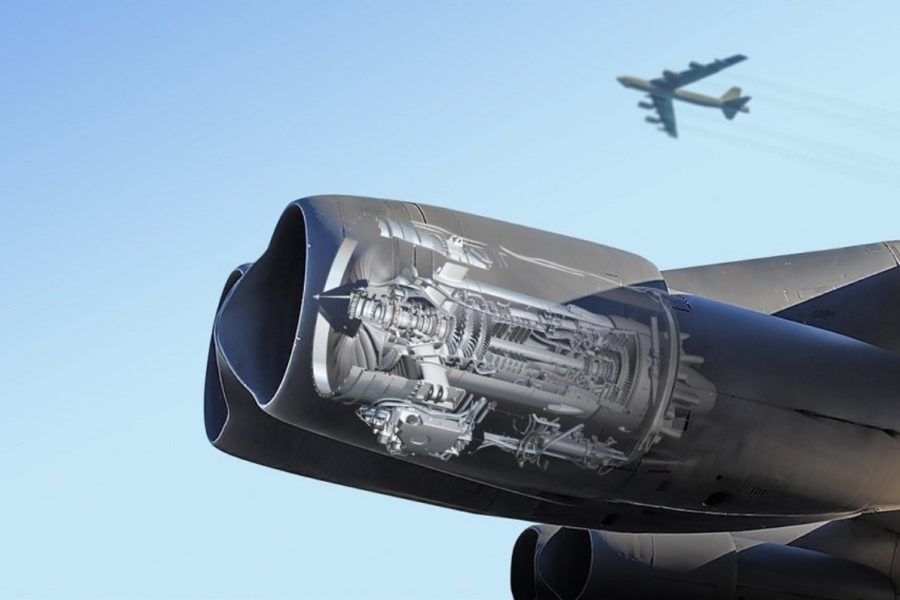 “We digitally integrated that engine into the pod, into the pylon, into the wing, and dynamically modeled the entire system of operation to model for the customer exactly how efficient that product would be on that wing,” which was “designed … in the 1950s, early 60s,” Bell said in a streaming discussion with Defense One. He also revealed that Rolls’ proposal calls for modifying the wing “as little as possible” in order to reduce risk.

With the digital model, “We were able to demonstrate for the Air Force … how our engine, and this approach, would lower their integration risk, so as to integrate this engine efficiently, affordably, and on schedule,” Bell said. The digital model also demonstrated how maintenance could be accomplished more easily, he said.

The Air Force announced that Rolls-Royce was the winner of the CERP contract in September and that the company will build and install 608 engines, plus spares, for all 76 B-52s. The initial phase of the contract is worth $500 million; if all options are exercised, the value will be $2.6 billion. The last B-52 was built in 1962, and all 76 are flying with their original Pratt & Whitney TF33 engines.

The Air Force made digital presentations a requirement of its B-52 CERP proposals, insisting that, for the first time, it would accept no paper and that competitors would have to battle each other in a virtual environment that was transparent to all. The approach—which the Air Force dubbed an “eSeries” program to highlight its digital nature—was taken in part to ward off program-delaying protests. To date, neither of the competitors, GE Aviation nor Pratt & Whitney, have announced they will protest the Air Force’s selection of Rolls-Royce, although they still have time in which to make that determination.

“Digital is here to stay,” Bell said in the Defense One event. “Our designs are being shared with customers, and as a result of that,” the company is “lowering cycle times to actually not only develop whole new engines, but also develop whole new aircraft. We have examples in our portfolio where years are being taken off of the development cycle for airplanes.” The industry has embraced digital, and “Rolls-Royce [is] right at the vanguard of that.”

Bell said a digital approach was necessary on the CERP anyway because of the challenges of integrating a “modern engine on a relatively old wing.” He said that “Frankly, the least amount of change, for the U.S. Air Force, would be better, from a risk standpoint.”

The digital model reproduced “the weight, thrust, circumference of the engine and the diameter of the nacelle and the changes, if any, to the pylon that would be required,” as well as how the center of gravity would change depending on engine nacelle placement. “We engineered the whole piece of kit showing the wing, pylon, nacelle, engine integration, the gearboxes, the fuel flow, the electrical.” The model demonstrated that the F130 “would perform in a superior fashion on that wing.”

That fact “drives the maintenance burden down, … drives the sustainment burden down. That’s a fantastic achievement, about how the U.S. Air Force [and] … U.S. military is exploiting commercial technologies to make sure that they drive down the sustainability cost of the products that we all rely on.” Bell said the digital approach is “exciting [in] that it becomes the collaboration tool that unlocks the clock and unlocks the speed with which we can bring these products to market.”

The use of digital and virtual processes has worked so well for Rolls-Royce that Bell said the company will continue leasing only about 40 percent of the office space it had been using in the downtown Indianapolis area. Its lease was up, and the pandemic showed that it could accomplish most of its tasks with employees working from home.

“We’re re-purposing” the remaining leased space, Bell said, “to make it ‘uber-collaboration’ and team space … To make it highly effective for when we have to innovate and collaborate [and] work together to solve complex problems in ways that can’t be done with Webex or Teams.” He said that Rolls-Royce is “going under the assumption that people that can effectively work from home will continue to do so.” The company will be cutting the ribbon on the refurbished 40 percent of office space early in 2022, he said.