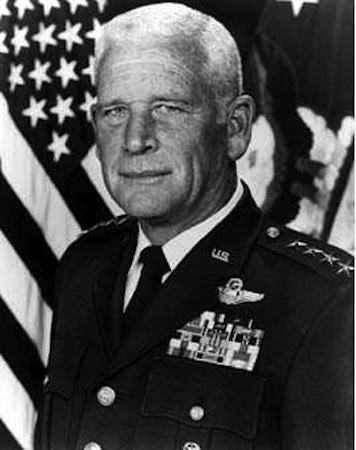 Retired Gen. Robert L. Rutherford, who led US Transportation Command and Air Mobility Command from October 1994 to July 1996, died of natural causes on July 4 in San Antonio, announced AMC. “It is with great sadness that we learn of the passing of General Rutherford,” said Gen. Paul Selva, AMC commander, in a July 11 release. “This is a great loss to the mobility community,” he said. A graveside service is scheduled for Rutherford on July 15 at Fort Sam Houston National Cemetery in San Antonio, states the release. A native of Luling, Tex., northeast of San Antonio, Rutherford entered the Air Force in 1961 as a distinguished graduate of the Southwest Texas State University ROTC program. He held nine command positions at the squadron, wing, numbered air force, and major command levels before retiring in August 1996 after 35 years in uniform, states his official Air Force biography. Gen. Will Fraser, current TRANSCOM commander, credited Rutherford with helping to shape the organization into the command that has supported overseas contingency operations since 9/11 “so robustly.” (Scott report by SSgt. Amber R. Kelly-Herard) (See also San Antonio Express obituary.)