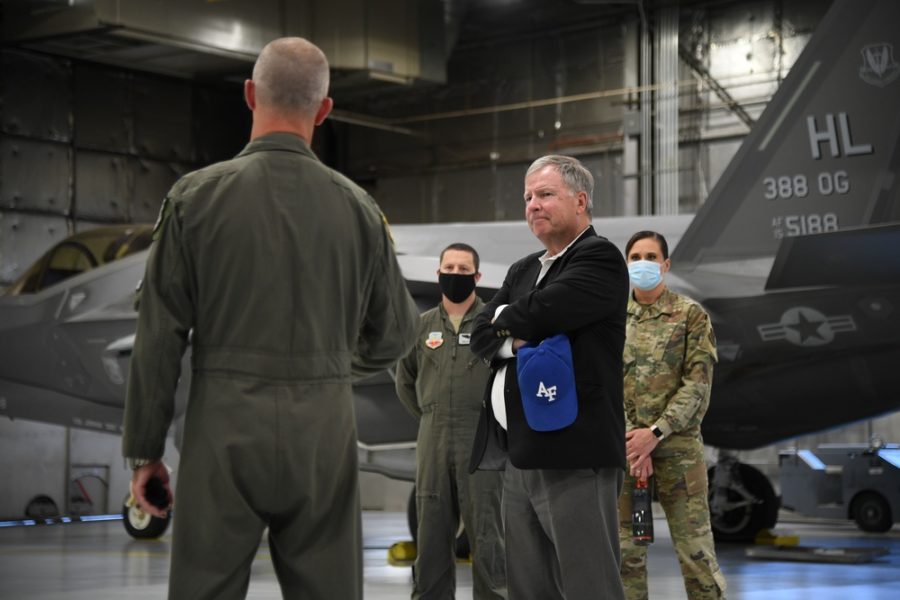 The shuffle in leadership was precipitated by Rep. Michael Turner’s (R-Ohio) stepping down as the strategic forces subcommittee ranking member to take over as the top Republican of the House Intelligence Committee, a spot left vacant by the departure of former Rep. Devin Nunes (R-Calif.) from Congress. Turner’s district includes Wright-Patterson Air Force Base.

The strategic forces subcommittee is responsible for a broad swath of issues, including nuclear weapons, missile defense, and space. The current chairman of the committee, Rep. Jim Cooper (D-Tenn.), teamed with Rogers to propose the creation of a Space Force back in 2017.

Lamborn has been involved with Space Force issues as well. His district in Colorado encompasses Schriever Space Force Base, Peterson Space Force Base, and Cheyenne Mountain Space Force Station, and he co-sponsored a bipartisan amendment in the 2022 National Defense Authorization Act that would have established a Space National Guard. That amendment was later dropped from the final approved NDAA.

Along with other members of Colorado’s Congressional delegation, he has also raised objections to the Pentagon’s decision to base U.S. Space Command at Redstone Arsenal, Ala., instead of in Colorado Springs at Peterson.

“It is no secret that China is undergoing a rapid, unprecedented nuclear build-up including testing new hypersonic missiles. Russia’s nuclear program has undergone significant modernization of all three legs of its triad, including the development of anti-satellite weapons that significantly threaten the space domain,” Lamborn said in a statement. “It is vital that our military has the resources and capabilities necessary to keep our country safe, particularly in light of these new and growing threats. I will continue working with my colleagues to ensure our nation is prepared for any attack, whether on land, water, air, or space.”

The readiness subcommittee oversees issues of training, military construction, logistics and maintenance, housing, and base realignments and closures, among others. Waltz is a former Green Beret who also served as a policy director in the Pentagon and the White House.

“At such a pivotal time for our military, I am grateful to Ranking Member Rogers for the opportunity to lead the Subcommittee on Readiness to ensure America’s warfighters are trained and equipped at superior facilities in order to address the multitude of threats facing our country,” Waltz said in a statement. “It’s imperative that the Department of Defense has the best resources to defend against the Chinese Communist Party’s march towards global dominance, Russia’s increased malign behavior, new terrorist threats emanating from Afghanistan, the Iran Regime’s march towards a nuclear weapon, North Korea’s nuclear arsenal proliferation and missile development, and threats to freedom in the Western Hemisphere from Venezuela and Cuba.”

Should Republicans win back a majority in the House in the 2022 midterm elections, Lamborn and Waltz would be poised to take over as subcommittee chairs in 2023.