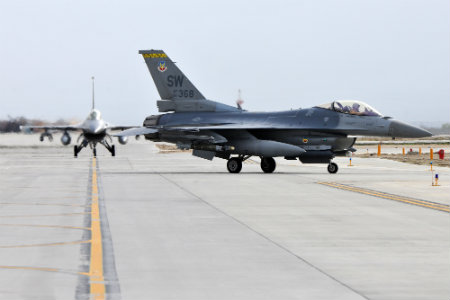 The Pentagon has submitted a $9.6 billion reprogramming request for Fiscal 2013 to Congress as well as its request for $79.4 billion to cover the war in Afghanistan and other overseas contingency operations in Fiscal 2014, said Pentagon Press Secretary George Little on Monday. Defense Department officials seek to fix large shortfalls in OCO funding and larger-than-expected fuel bills in this fiscal year with the reprogramming request, Little told reporters on May 20. “There are some wartime bills inside that reprogramming request,” he said. “The main goal we’re trying to achieve is limit the impact of sequestration on military readiness, particularly operations, training, and maintenance accounts,” he said. The reprogramming action would shift funding from some investment and military personnel accounts to operations and maintenance accounts. DOD would like to see Congress act on this request in the next three weeks, said Little. The Fiscal 2014 OCO request went to Congress on May 17. The Pentagon received $86.5 billion in OCO funding in this fiscal year. Little said the smaller Fiscal 2014 request reflects the drop in US troops in Afghanistan from 68,000 to 34,000. (AFPS report by Jim Garamone)