Raising Hope with the Rising Sun 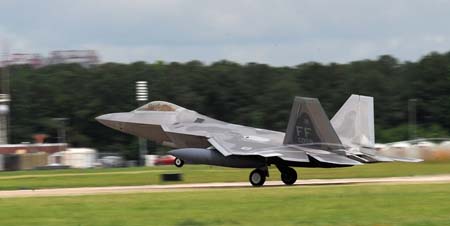 to various news reports, Sen. Daniel Inouye (D-Hawaii), who heads the Senate Appropriations Committee, may be working to prolong the F-22 production line, including enabling a potential export version. According to a New York Times report, F-22 supporters “took heart” when Inouye removed production line shutdown dollars from the 2009 defense supplemental last month. Reuters news service has reported that Inouye’s committee might add language to the Fiscal 2010 defense spending bill that would require the Pentagon to study the viability of creating an export version. No doubt there is heightened interest with North Korea’s recent antics have stoked the fires. According to the Reuter’s report, Japan remains interested in the advanced stealth fighter and is willing to shoulder the cost burden of modifying the F-22 for export. Lawmakers would have to agree to overturn the ban on exports under the Obey amendment. Defense Secretary Robert Gates recently allegedly told the Japanese that the F-22 was not for sale and that they should set their sights on the F-35 instead. However, Michele Flournoy, who heads the Pentagon’s policy shop, said the topic of F-22 exports to close allies would be discussed during the Quadrennial Defense Review.