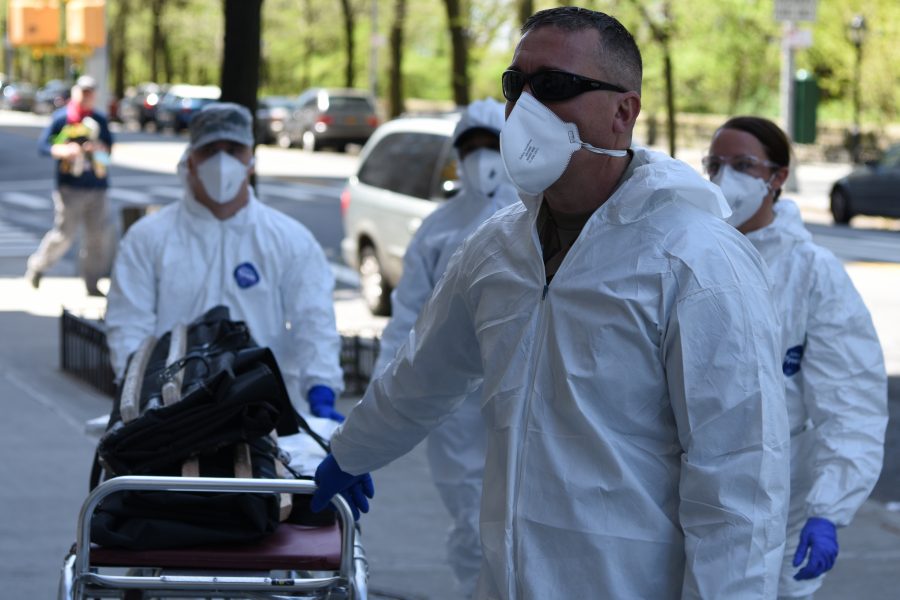 President Donald Trump on May 28 announced he will extend the Title 32 orders of National Guard personnel activated to respond to the COVID-19 pandemic through the middle of August, ensuring thousands of Guardsmen will get access to certain federal benefits.

As of the morning of May 28, more than 40,400 Air and Army National Guard members were battling the new coronavirus outbreak in a Title 32 capacity, the National Guard Bureau said.

The Trump Administration previously planned to put a “hard stop” on Title 32 activations on June 24, which would have capped many of the activations at 89 days—one day short of the 90 days required to qualify for early-retirement and post-9/11 G.I. Bill benefits.

“The National Guard remains committed to its service in support of the fight against COVID-19 and will remain in that fight as long as we are needed,” NGB spokesperson Army Master Sgt. W. Michael Houk told Air Force Magazine via email following the announcement. “Our nation is looking to the National Guard to help and we will not let them down.”

“I have obviously advocated that, look, you know, it’s just bad optics in business to cut people off at the 89th day,” he said. “What we put people on duty for is requirements, and these requirements, this situation, still exists. They’re on duty because this is a national issue. They are exposed in a hazardous environment. There’s widespread recognition that the requirement to keep National Guard members on duty to fight this virus exists, well beyond the 24th of June.”

Lengyel also said he believes the extension will have positive implications for Guard retention, which he noted “is a little bit higher than normal” amid the pandemic.

“Where other people had made the decision it was time to go to the civilian world, some of them are rethinking that or putting that off for a year or two to see how this plays out,” he said.

He added that, while recruiting in the age of COVID-19 hasn’t been without its challenges, the Guard is “gonna be very close” to its recruiting goals.

“The decision to extend these call ups is the right move for the American people,” he told Air Force Magazine. “Our National Guardsmen are the nation’s critical 911 emergency option. When America calls, they’re ready and able. Extending their service answers a critical need at a critical time, and appropriately rewards these heroes with well-earned retirement and education benefits.”

Prior to the President’s announcement, bills aimed at extending Title 32 orders and/or expanding Guard personnel’s eligibility for benefits were introduced in both chambers of Congress, NGAUS noted on May 26.

Also on May 28, Chairman of the Joint Chief of Staff Army Gen. Mark Milley said the Defense Department is exploring the possibility of giving hazard pay to U.S. troops involved in the pandemic response, including Guardsmen.

There also is a legislative push to ensure Guard personnel activated under Title 32 orders in the war on COVID-19 and their families will get access to TRICARE health insurance coverage once their activations end, something military coalitions also advocated for in their letter to Trump and Defense Secretary Mark Esper.

On May 22, Rep. Joe Cunningham (D-S.C.) introduced a bill in the House of Representatives that would grant six months of TRICARE coverage to these troops and their families once they depart Title 32 duty. The act was cosponsored by a bipartisan group of seven lawmakers.

“Under current law, National Guard service members serving on federally funded duty orders are entitled to six months of transitional TRICARE coverage after they are demobilized, under the Transitional Assistance Management Program (TAMP),” a May 22 press release from Cunningham’s office states. “However, the service members currently activated in response to the COVID-19 pandemic are not eligible for TAMP benefits.”

The act parallels a bipartisan Senate bill that was introduced by Sen. Joe Manchin (D-W.V.) on May 13.