Skip to content
On Jan. 31, 2020, in Dęblin, Poland, Mariusz Błaszak, the nation's minister of national defense, signed a contract for the purchase of 32 multi-role F-35 aircraft for the Polish Air Force. Poland Ministry of National Defence photo by Leszek Chemperek via Flickr.
Expand Photo 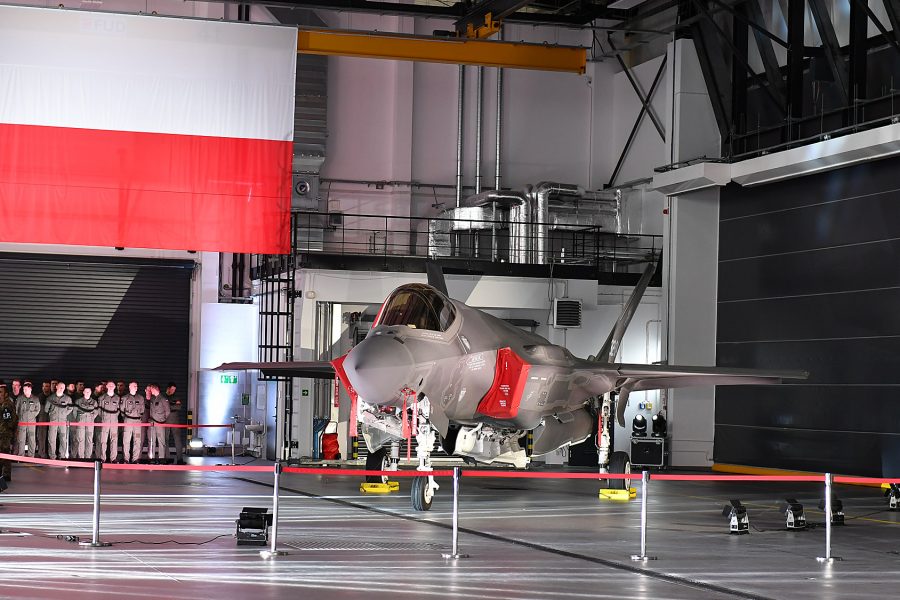 Poland’s defense ministry on Jan. 31 finalized its $4.6 billion buy of 32 F-35As and 33 F135 engines, a move Polish President Andrzej Duda said will be a significant step toward strengthening the security of the country and the region.

The deal, which was approved by the U.S. State Department in September, will also include eight mission simulators, logistic support, and the Autonomic Logistics Information System, according to a Polish government statement. Delivery of the aircraft will begin in 2024 at a pace of four to six per year, and run through 2030. The aircraft are Block 4 variants, and will cost about $87.3 million per jet.

Polish Defense Minister Mariusz Blaszczak said during the ceremony the F-35s will be able to interoperate with other systems in Poland, such as Patriot missile defenses and F-16s.

Poland will train approximately 24 pilots and about 100 maintainers as part of the agreement. The ceremony took place at the 41st Training Aviation Base, the site of the country’s Aviation Military Academy. The deal was long expected, with the country first transmitting its request for 32 aircraft in May 2019. In June, an F-35 performed a flyover of the White House as Duda met with President Donald Trump to showcase the aircraft in advance of the planned buy.