Skip to content
This C-130J Super Hercules, tail number 11-5736, from the 37th Airlift Wing, shown here in Niger in August 2019, was significantly damaged during a hard landing during a training sortie at Ramstein Air Base, Germany in April 2020. Air Force photo by Staff Sgt. Devin Boyer.
Expand Photo 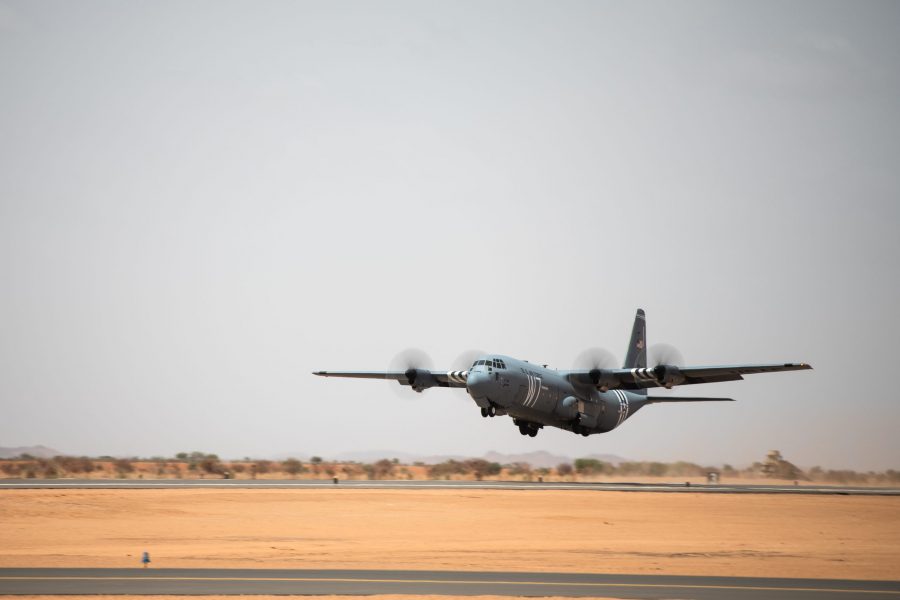 Pilot error caused extensive damage to a C-130J during assault landing training at Ramstein Air Base, Germany, in April 2020, according to an accident investigation, which also found that effective aircrew training is limited.

The C-130J-30, a stretched version of the Super Hercules with tail number 11-5736, assigned to the 37th Airlift Squadron, sustained an estimated $20.9 million in damage. No aircrew members were injured in the mishap, according to a U.S. Air Forces in Europe Accident Investigation Board report released Feb. 16. An over emphasis on operational sorties instead of training and the lack of a local landing zone for assault landings at the base also contributed to the incident, according to the report.

In the late afternoon of April 23, 2020, the C-130J-30 took off for a routine pilot evaluation flight, to include a maximum effort takeoff, maximum effort landing, full-stop, and then taking off again to rejoin a formation, according to the report.

During the maximum effort landing portion of the training, the pilot began the engine power reduction (power pull) early at about 70 feet above ground level (AGL), 50 feet above the standard protocol for an assault landing, and the aircraft’s engines went fully flight idle at 45 feet AGL. The C-130 slammed down on the runway at 3.62 Gs and at a sink rate of 834 feet per minute, well above the aircraft’s limits of 2.0 Gs and 540 feet per minute. The aircraft’s nose gear did not touch the runway.

The co-pilot called for a go-around, prompting the pilot to push the throttles fully forward and take off again. The aircraft flew back around and was able to land safely.

The crew initially believed a tailwind caused the high sink rate, but investigators found that weather did not play a role in the incident.

The AIB president, in the report, said the main cause of the incident was the pilot’s early engine power reduction. Because of the C-130J’s aerodynamics, reducing power too early increases the sink rate because the aircraft’s propellers “generate high velocity airflow over the wings, directly affecting lift.” At about 10 feet above the ground, the pilot did add throttle, but it was insufficient to prevent the hard landing, the report states.

Additionally, the AIB states both pilots failed to identify this excessive sink rate in time, and once they did, they didn’t stop it or go around in a timely manner.

During the investigation, members of the 37th Airlift Squadron said the unit’s high operations tempo “leaves less time and opportunities dedicated to local area training, which is particularly important for less experienced aircrew,” the report states. Operational missions are the priority, so few training sorties and local restrictions make it difficult for pilots to practice critical skills. The base does not have a local landing zone to practice assault landings, and instead uses a painted, simulated LZ for the training, which “does not provide realistic training for assault landings and takeoffs,” the report states.

Additionally, investigators identified limitations with Lockheed Martin Engineering’s Data Transfer and Diagnostic System software, including an error in the hard landing detection algorithm, according to the report.