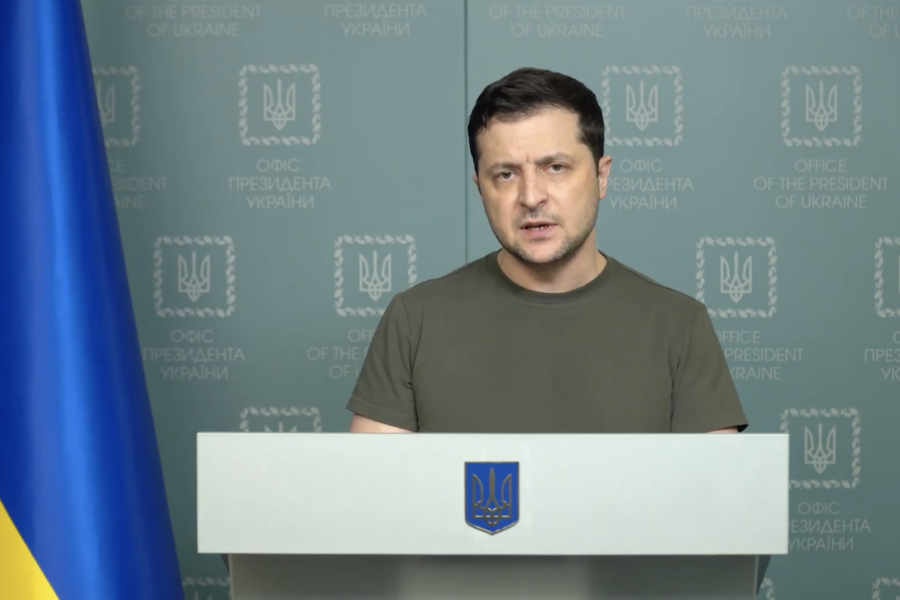 Editor’s Note: This story was updated at 12:10 p.m. on Feb. 27 to include new information about the unfolding war in Ukraine and the announcement that the U.S. will send additional aid.

Russia’s advance in Ukraine had slowed to a stop outside Kyiv in the face of logistics and fuel shortages while Ukraine had used “creative” solutions to defend their country, a senior defense official told journalists early Feb. 27, including reportedly using a drone to destroy a Russian mechanized column. Still, heavy fighting continued in the second city of Kharkiv; Russian naval assets positioned near Odessa; and a “siege” approach had begun on the city of Chernihiv, northeast of Kyiv, raising the prospect of more civilian deaths, the Defense Department reported.

Nonetheless, the official said DOD expects that Russia will adapt and overcome the setbacks.

“They have a significant amount of combined arms capability still at their beck and call,” the official added.

The developments come as Ukraine agreed to talks with Russia without conditions at the Belarus border. Ukrainian President Volodymyr Zelensky reportedly spoke to Belarus President Alexander Lukashenko, who guaranteed the security of a Ukrainian delegation.

The reports come as western partners continue to flow defense assistance to Ukraine.

Ukraine reported 210 Ukrainian deaths and 1,100 wounded with no distinction between military and civilian, according to information provided by a Ukrainian defense official to Air Force Magazine.

DOD now reports the Russian siege on Chernihiv has included rocket fire into the city, increasing the likelihood of destroying civilian infrastructure and deaths of civilians.

The Ukrainian Defense Ministry reports that it is documenting Russian war crimes to include attacks on two civilian vessels in the Black Sea approaching Ukraine, shelling that hit kindergarten classrooms and orphanages, firing on ambulance crews in Zaporizhia and Kyiv, hospitals under fire, and heightened radiation levels from the Chernobyl exclusion zone after the Russian military took control of the nuclear power plant, holding 92 hostages.

“We are collecting these and other materials, which we will immediately transfer to The Hague,” read a statement from the Ukrainian Defense Ministry.

The Russian Ministry of Defense’s website has been down since at least the second day of the invasion.

Despite a stalled advance on the capital of Kyiv, the Defense Department said Feb. 27 Russia had committed inside Ukraine about two-thirds of the forces it had amassed. Initial estimates said Russia had prepared up to 190,000 troops for the invasion.

Russia also has made new amphibious landings potentially involving thousands of naval infantry from the Sea of Azov; and is now moving forces from Crimea northeast toward the city of Mariupol, near the disputed Donbas region, where Russian President Vladimir Putin invaded with a force that he called “peacekeepers” Feb. 21.

“Air space is still contested,” the official said, noting Russia has not achieved air superiority. Ukrainian air missile defense systems are still working, and Ukraine has aircraft in the air, though they have been degraded by strikes.

Zelensky in an early Feb. 25 statement praised sanctions imposed by the U.S. and European allies against Russia, but he said the sanctions were not stopping the Russian onslaught in his country, calling for more defense assistance and stiffer sanctions, to include removing Russia from the international banking system SWIFT. As of Feb. 26, reports indicated that President Biden was seriously weighing the measure.