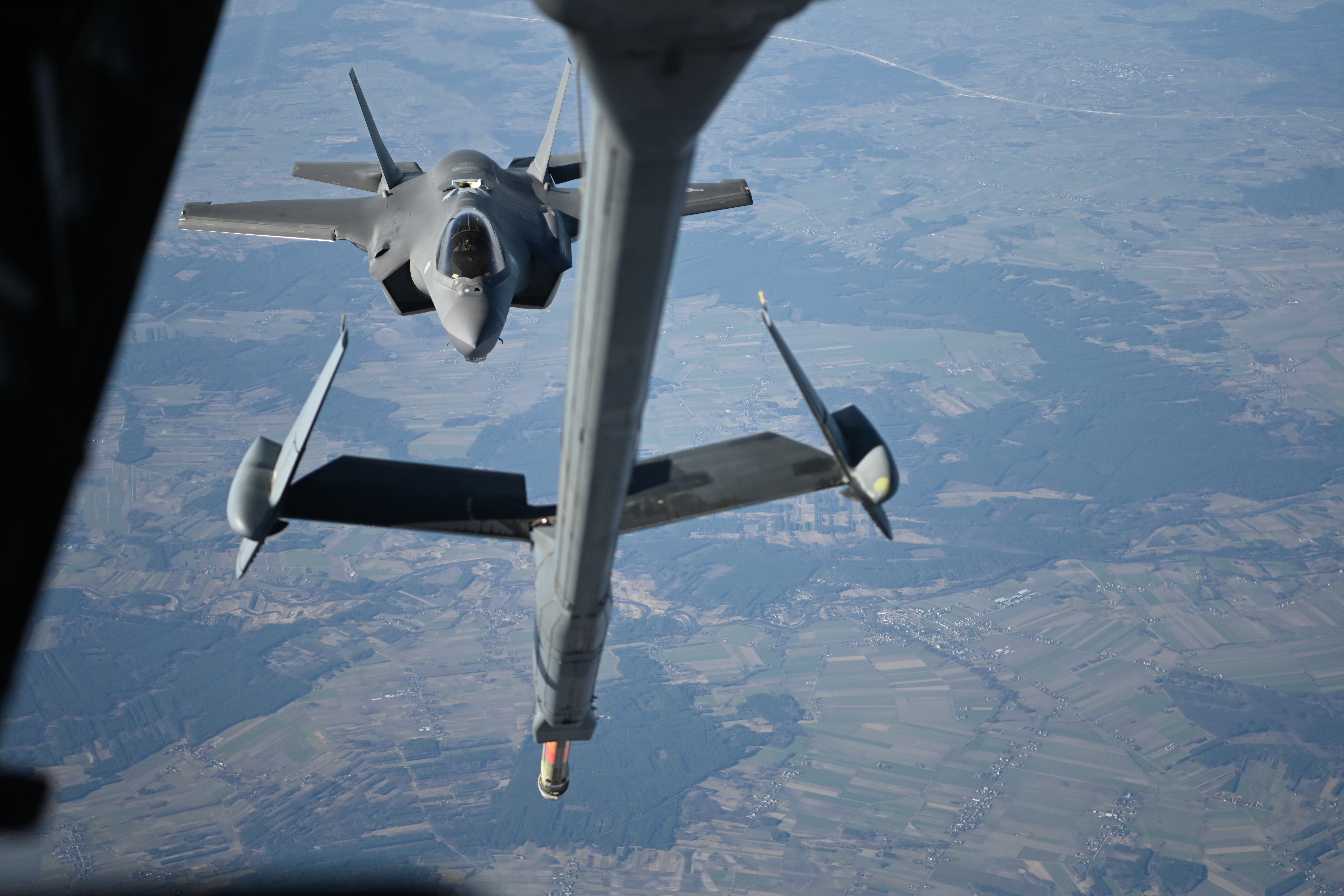 The Defense Department outlined Feb. 28 a perceived Russian strategy in Ukraine to encircle Kyiv and cut off the eastern half of the country, but execution or planning failures have slowed progress as the U.S. and partners coordinate to deliver hundreds of millions of dollars in new defense assistance to Ukraine.

Ukraine’s air space remains contested, with the government of Ukraine retaining aircraft and missile defenses, a senior defense official told journalists, noting heavy fighting in the second city of Kharkiv, and a continued Russian advance from the south. The southern advance opens a possible third vector to Kyiv that could soon encircle the city. Meanwhile, U.S. ground and airborne defense assistance has arrived to Ukrainian fighters “in just the last day or so,” and European allies have promised to give Ukraine combat jets, according to the official.

“The Russians have not achieved air superiority over the whole country,” the official added. “Ukrainian air defenses remain intact and viable, both in terms of aircraft and missile defense systems.”

Ukraine’s aircraft and air defense systems are about to improve thanks to a $561 million commitment by European Union countries.

Although the fighters will be Soviet-made, like those already in the Ukrainian inventory, it’s not clear how they will get there since many of the airfields are badly damaged, or whether the jets will come with munitions.

While not involved in the EU offer, Pentagon spokesman John F. Kirby said the Defense Department is coordinating defense assistance with partners.

“We continue to coordinate closely with allies and partners about the security assistance that the Ukrainians continue to get, not just from us, but from them as well,” Kirby said in response to a question from Air Force Magazine.

Still, Russian forces are fighting intensely for the eastern city of Kharkiv and are moving closer to Mariupol in the south, marking a potential front to divide the country in two.

“If they can get Kharkiv and then get Mariupol, if you draw a line between those two cities, you can see that that would allow them to section off the eastern part of Ukraine and fix whatever Ukrainian armed forces are in the east and keep them there,” the defense official said.

Ukraine’s Joint Forces Operation is positioned on the southeastern front where Russian-backed separatists have declared independent republics in Donetsk and Luhansk after Russia invaded in 2014. On Feb. 21, Russian President Vladimir Putin recognized the republics and sent tanks and troops into the area in the beginning salvo of the current conflict.

Separately, Russian forces are believed to have advanced to within about 15 miles of Kyiv from northern approaches that launched from Belarus, and satellite imagery shows a 17-mile long Russian convoy approaching the capital.

“We expect that they’re going to want to continue to move forward and try to encircle the city in coming days,” the official said.

Russia has launched 380 missiles into Ukraine and has committed 75 percent of its amassed forces inside Ukraine, DOD assesses. However, progress has been slowed by Russian logistics challenges and heavy resistance.

“Mr. Putin still has at his disposal significant combat power,” Kirby said. “He hasn’t moved all of it into Ukraine.”

With battlefield delays and global opposition mounting, Putin Feb. 27 announced his strategic forces would be on high combat alert, a declaration still not well understood by the Pentagon. Nonetheless, Defense Secretary Lloyd J. Austin III is confident in the U.S. strategic stance.

“We’re reviewing and analyzing that announcement,” Kirby said. “Secretary Austin is comfortable with the strategic deterrent posture of the United States and our ability to defend the homeland, our allies, and our partners.”

In recent weeks and days, President Joe Biden imposed heavy sanctions on Russia and ordered 14,000 troops to NATO’s eastern flank, including new deployments to Europe and the repositioning of forces already in theater. In addition, at least 30 F-16s, F-18s, and F-35s re-positioned in the east to conduct air policing missions from the Baltics down to the Black Sea.

“This is airspace that now butts up against what is now contested airspace,” Kirby said. “In many ways, these air policing missions are more important than ever before.”

Reports have not emerged yet from peace talks between Ukrainian and Russian diplomats held Feb. 28 at the Ukraine-Belarus border, but the Pentagon said Putin has shown no signs of slowing his assault on the fifth day of the war.

“The one place this still could go is a peaceful diplomatic outcome,” Kirby said. “There’s nothing other than perhaps his own obstinance preventing Mr. Putin from doing the right thing here and to try and to find a way to stop this war.”