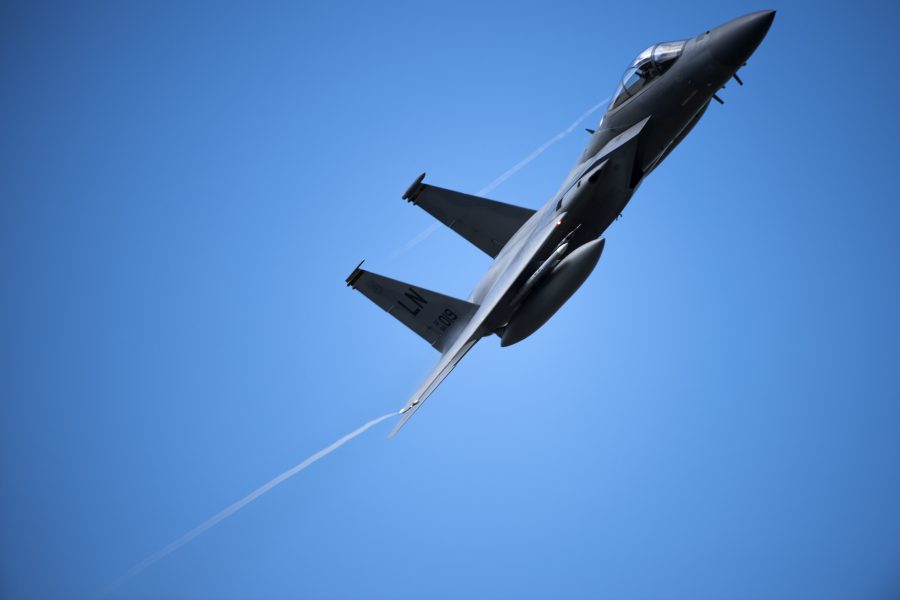 After trying and largely failing to get certain fighter jet fleets to reach 80 percent mission capable, or ready to enter combat when called upon, the Air Force says MCR doesn’t tell the whole readiness story. Air Force Magazine recently reported about 70 percent of the service’s aircraft were ready to deploy in fiscal 2019.

“It did not really reflect … all the pieces it takes to have a ready unit,” said Wayne Schatz, associate deputy chief of staff for operations. Critics say the Pentagon’s 2019 readiness directive wasn’t holistic enough because mission capable rates can increase simply by keeping aircraft on the ground for maintenance so they don’t degrade in flight. “But that unit would be zero combat-capable, because no one would be trained on how to fly. It really takes a squadron, a team, to go through the full sortie generation process in order to be fully trained and combat ready.”

Then-Air Force Secretary Heather Wilson in February 2018 convened a readiness pathfinder team that began with a 45-day review involving 100 members from across the service. That initial assessment of how the Air Force measures readiness, where its biggest challenges lie, and how to recover has shaped the path forward since.

“We found out that our methods for looking at our readiness data were antiquated,” said Schatz, the former vice commander of Air Mobility Command. “A lot of our reporting is based on PowerPoint slides and has to manually generate data. Things weren’t readily available for senior-level decision-makers.”

That led to further research in summer 2018 with the consulting firm McKinsey & Company, which helped the service come up with 15 different sources of data that measure a squadron’s ability to generate combat sorties. Pacific Air Forces boss Gen. C.Q. Brown Jr., the presumptive next Air Force Chief of Staff, supported the pathfinder’s work in comments submitted for his recent confirmation hearing.

“That takes all of the manpower, personnel information, all of the logistics information, training, and then even the base infrastructure and supply,” Schatz said. “We actually modeled out, using our Air Force analytics community, kind of a digital twin … for a KC-135 squadron and an F-22 squadron.”

Digital twins are computer models of a weapon system that let people see how the hardware and software works and where aging parts might fail. The readiness initiative created a digital dashboard to look at automatically populated readiness data, from an aircraft’s tail number, to the squadron level and major commands, to Air Force headquarters, and the Chief of Staff. The Army has a similar project underway, and USAF is sharing what it’s learning with the other armed forces.

The effort works hand-in-hand with the Air Force’s chief data office to connect various databases and add information into a centralized vault. It provides data in real time instead of an outdated metrics of an organization’s health.

“That’s the first time, really, that had been done, that we’re aware of in the Air Force,” Schatz said. “Now as we’re facing COVID-19 … we’re using that same work to look really at what the Air Force needs to do [in] the next six months, 18 months, two years, and what will be the impact of COVID-19 on our readiness, and get a [recovery] plan together.”

Instead of MCR alone, the pathfinder takes into consideration supply chain and spare parts data, progress on maintainer and aircrew education, and the health of their training pipelines, whether training ranges and simulators are adequate and available, and more. Digital models let the Air Force forecast what each of those variables might look like in the future to help drive investments.

Work is delayed because of the coronavirus pandemic, but Schatz said the Air Force is getting close to finishing its two use cases with the F-22 and KC-135. Lessons learned on how to approach a busy, advanced fighter with contractor maintenance like the F-22 will be scaled out to other fighter aircraft and their training jets. Findings on the KC-135 can be applied to platforms like the C-17, KC-46, and other aircraft that go through depot maintenance.

Smaller changes can yield big results. For F-22s, officials found that making more room in a hangar to apply the jet’s low-visibility coating gave them a big bang for their buck and increased readiness. Air Combat Command is working that into their budget plans, Schatz said.

Changes are happening higher up as well, like the establishment in the next six months of a “war room” so the Air Staff can manage readiness numbers and analytics. ACC and AMC will launch similar efforts to train people how to use the new data-crunching tools next year, once the KC-135 and F-22 pilot programs are done.

“It’ll be about a year, we think, until we’d be up to a strong initial operating capability, and then another year or so after that, really, to push it out Air Force-wide,” Schatz said.

Overall, the service’s goal is for 80 percent of all operational squadrons to reach a “C1” or “C2” rating, meaning a unit can carry out all or most of its wartime mission.

The pathfinder can set up the Air Force for a new approach to readiness under the next slate of leadership. Not all aircraft need to be 100 percent ready all the time, Schatz said, and it’s better to focus on a smaller group of planes that can jump into action if war breaks out.

“It may be better to rest the aircraft and invest in upgrades to avionics and weapon systems to make them more capable in the future against a threat, than to have them fully ready to go fly today, … trading future readiness for current readiness,” he said.

Last year, the service said more than 90 percent of its 204 “pacing” squadrons are ready to deploy if conflict erupts. It’s unclear exactly which squadrons would be required for the first 30 days of a war plan.