Skip to content
U.S. Air National Guardsmen from the 61st Airlift Squadron at Little Rock Air Force Base, Arkansas, and the 35th Logistics Readiness Squadron at Misawa Air Base, Japan, prepare to load an R-11 fuel truck on a C-130J Super Hercules at Yokota Air Base, Japan, on Feb. 13, 2020. USAF photo by Staff Sgt. Melanie A. Bulow-Gonterman.
Expand Photo 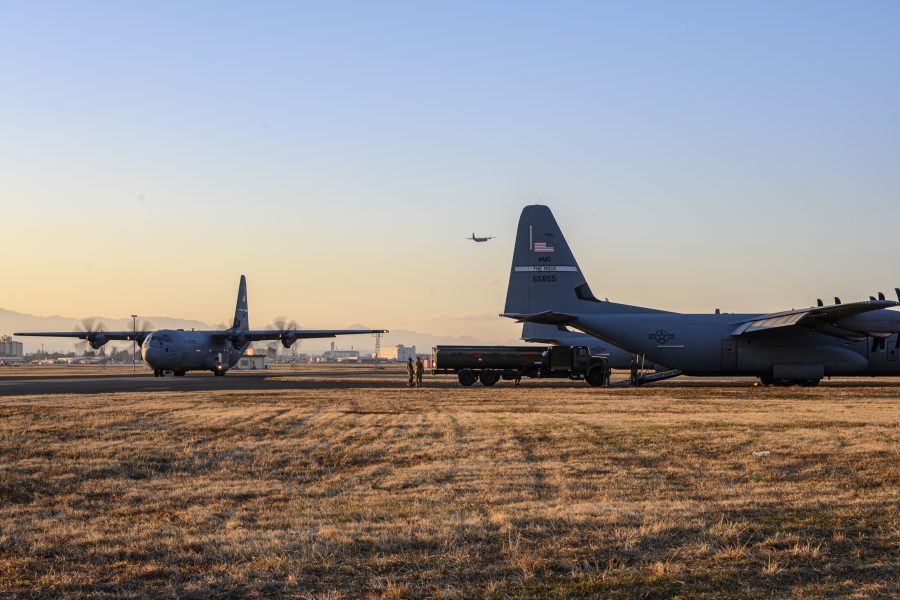 Pacific Air Forces has studied “every single piece of concrete” across the Indo-Pacific as it looks to find new ways to forward deploy different types of aircraft in a contingency, and to solidify the service’s Agile Combat Employment concept.

The command has surveyed available airstrips to see if they can host aircraft like F-22s, F-15s, and C-130s, said PACAF boss Gen. Kenneth S. Wilsbach. The goal for ACE is to be able to operate from an austere location with a skeleton crew of multi-capable Airmen.

“We have a plan for all of those airfields, and some of them meet the criteria and they are therefore part of what we call clusters,” he said Nov. 18, adding that while specifics are classified, the command has identified existing airstrips that will serve as a “hub” to reach other “spoke” locations.

PACAF validated its ACE concept in 2017, which has since spread across the Air Force. Wilsbach’s predecessor, current Air Force Chief of Staff Gen. Charles Q. Brown Jr., said in 2019 that such surveys were necessary because unlike other operating areas, such as Europe, there is no road or rail infrastructure available to move materiel to austere locations in the Indo-Pacific.

Wilsbach said the Air Force’s plans do not involve building up the existing infrastructure.

“We’re not building them, we’re accepting the facilities that are there, and, as you might imagine, some of them are pretty bare,” he said. “And so what you might expect is, it’s a runway with a ramp. And that’s it. So, we go there for a short period of time, we stay there a little bit, or maybe we just go there for some gas and weapons, and we’re out.”

This ACE concept has become a part of almost all exercises in the command, with even commanders participating.

“We actually have a chance to practice this on a number of occasions,” he said. “I know when I was in Alaska we did this at literally a bare base, and everybody was camping in tents next to the ramp. … Everybody pitched their tent, and they were eating meals ready to eat, and we operated from that bare base for two weeks.”