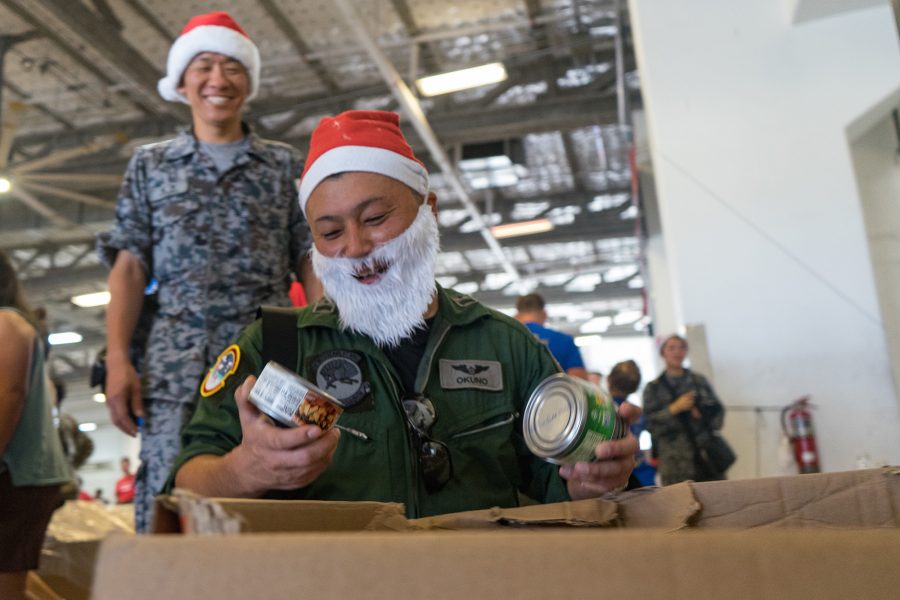 The world’s longest-running airdrop training mission, bringing aid to 20,000 people across 1.8 million square nautical miles, is in full swing in the Pacific.

The USAF-led, 68th annual Operation Christmas Drop began on Dec. 7 and runs through mid-December. About 175 bundles full of food, medicine, and other aid are being dropped from C-130s to about 55 remote islands.

US airmen are working and flying along with the Japanese Air Self-Defense Force, Royal Australian Air Force, and the Royal New Zealand Air Force for the exercise, according to Pacific Air Forces.

In a recent flight, a C-130J with the call sign “Santa 31” from Yokota AB, Japan, dropped pallets of clothing to the remote island of Woleai.

“Every Christmas Drop is special for the island,” 18-year-old Woleai resident Santos Bugoman said in a Pacific Air Forces release. “We all have our own memories of OCDs past. I got my first pair of shoes in one of my first Christmas Drops and it’s something I will always remember and cherish.”

The yearly exercise is a major event for Andersen AFB, Guam, which began preparations as soon as last year’s ended. The training, in addition to providing aid, helps C-130 crews practice coastal humanitarian airdrops for real-life missions in response to disasters.