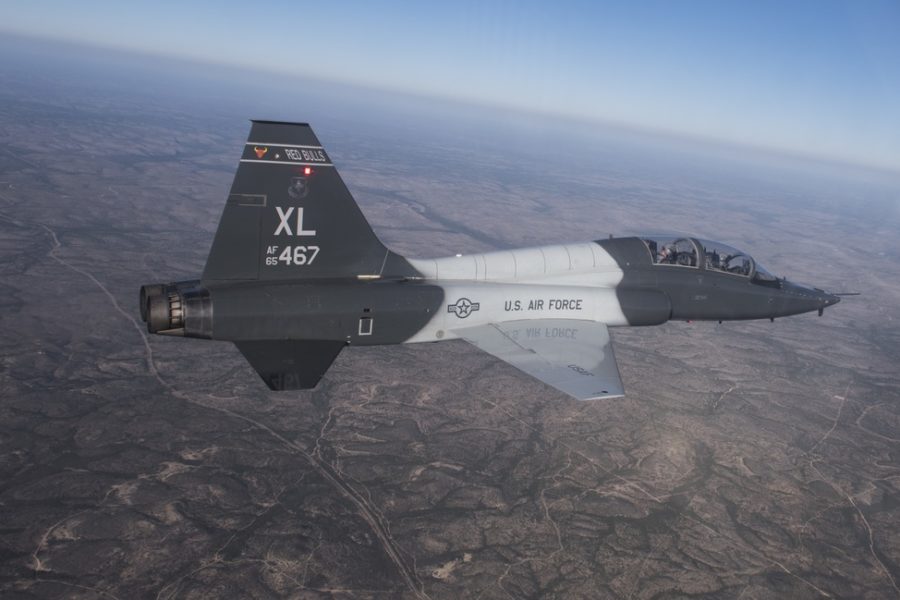 One Pilot Dies, Two Injured in T-38 Crash at Laughlin

One pilot was killed and two more were injured during an incident involving two T-38 trainer jets at Laughlin Air Force Base, Texas, on Nov. 19, the 47th Flying Training Wing announced.

Details of the incident have not been disclosed, but a release from the 47th FTW indicated that it occurred at 10 a.m. local time on the base’s runway.

One of the pilots is in critical condition and was evacuated by air to Brooke Army Medical Center in San Antonio. The other was transported to Val Verde Regional Medical Center in Del Rio, Texas, treated, and released, the wing said in a statement.

“Losing teammates is unbelievably painful and it is with a heavy heart I express my sincere condolences,” Col. Craig D. Prather, 47th Flying Training Wing commander, said in a release. “Our hearts, thoughts, and prayers are with our pilots involved in this mishap and their families.”

On Nov. 21, the Air Force identified the pilot who died as 2nd Lt. Anthony D. Wentz, 23, a student pilot in the 47th FTW from Falcon, Colo. No other pilots were identified.

The T-38 is the Air Force’s supersonic trainer, used to teach pilots supersonic techniques, aerobatics, formation, night and instrument flying, and cross-country/low-level navigation. The cockpit has two seats—it is unclear whether both T-38s involved in the Nov. 19 incident had two pilots.

This marks the second fatal incident this year involving the T-38C. In February, an Air Force instructor and Japanese student were killed at Dannelly Field near Montgomery, Ala. An investigation later determined that both pilots made errors during the descent that led to the crash.

Also in February, a pilot was faulted for relying on a “seat of the pants feel” that led to a crash involving a T-38 at Sacramento Mather Airport, Calif. Prior to those two incidents, there hadn’t been an accident involving the T-38 since 2019.