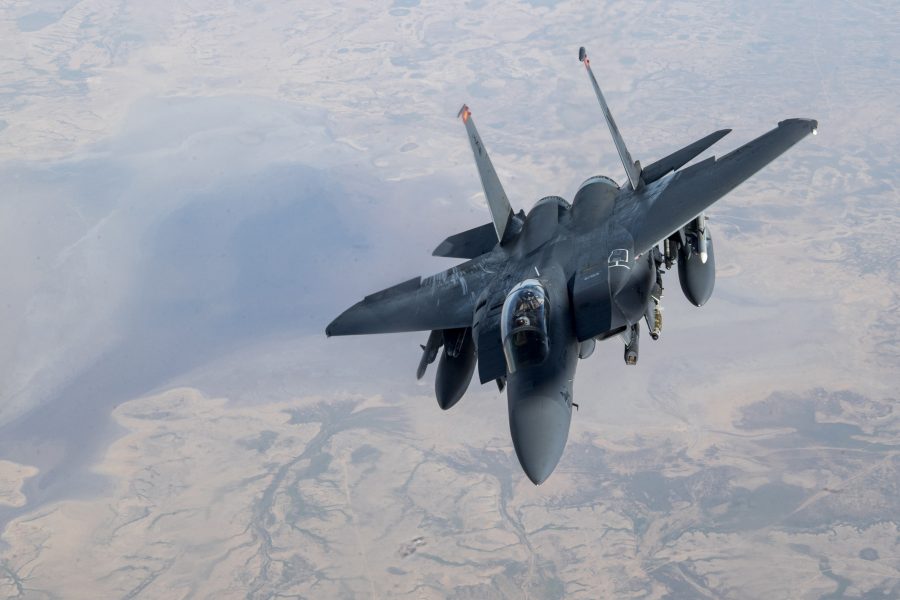 OIR: Withdrawing Forces From Iraq a Sign of Success in ISIS Fight

The U.S. will hand over control of bases in Iraq and is likely to reduce its overall troop level within the country as progress against the remnants of the Islamic State group continues, a senior official with the American-led coalition said.

“There will be some degree of a reduction in force in Iraq, that’s what success looks like,” he said.

Ekman said the group’s military, logistics, and media power is a “shadow of what it used to be.” While ISIS still has fighters largely hiding out in the mountains and caves of Iraq and Syria, it “does not, and cannot, control terrain,” he added.

While ISIS will likely never be fully eradicated, the coalition’s focus is on limiting the group’s influence as much as possible and ensuring it is not more than a “low-level insurgency,” he said.

Coalition aircraft are regularly conducting airstrikes and providing air support for Iraqi operations. For example, on July 15 coalition aircraft provided support for an Iraqi Counter-Terrorist Service raid in Kirkuk Province, and destroyed ISIS hideouts in a rural area, according to an OIR release.

With this progress, and because U.S. forces are no longer accompanying Iraqi troops on raids and other military operations, the American presence in the country could shrink. Currently, there are about 5,200 American forces in Iraq. Reducing that number will be done slowly and in coordination with the Iraqi government.

Ekman would not disclose the number of U.S. forces in Syria, but said it is closely watched and planned to meet the mission of combating ISIS, alongside allies such as the Syrian Democratic Forces. U.S. forces have increasingly been coming into contact with Russian forces on the ground inside Syria recently, and at times the Russians have been “harassing” Americans, though those incidents are rare, Ekman said. In the air, U.S. forces regularly and professionally deconflict with Russian aircraft to avoid any mistakes, he added.